The next major stop on my norfolk trip was the Muckleburgh collection, this is the UK's largest private collection of military equiment on the site of the WW2 base weybourne camp. The first room you enter has a diorama with a load of models in the middle and round the side tells the history of weybourne camp, through the war and into the national service era.  Next is a room on the history of the norfolk and suffolk yeomanry, with lots of uniforms, pictures and artifacts.  Theres one more room with lots of models and weapons and other bits and bobs before you then go into the bigger halls which contain artillery pieces, tanks, armoured cars and military transport vehicles.  Theres a lot here, I've put a few pics below, but theres a full list on the collections website. 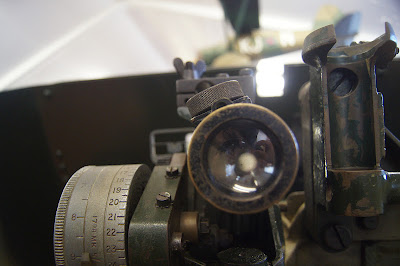 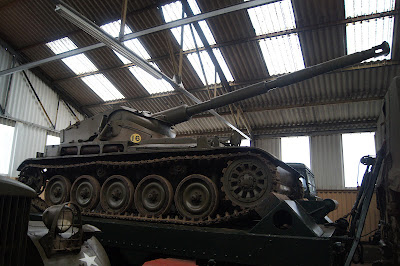 It feels different to a national museum, there is little attempt to tell a story in a cohesive way, and its very cramped, obviously trying to get as much out on show as possible (not that I blame them for that). 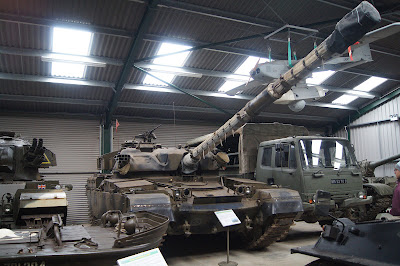 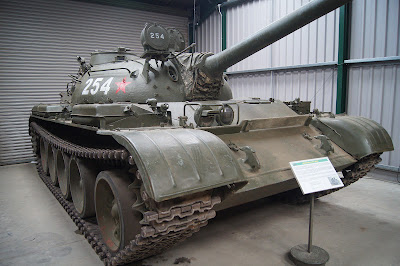 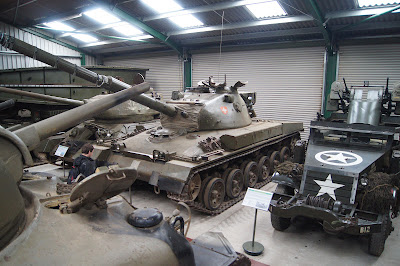 There are a few exhibits outside as well, a harrier, a V1 rocket and a couple of others. 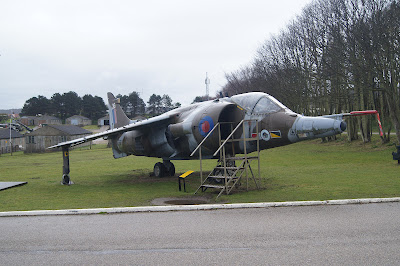 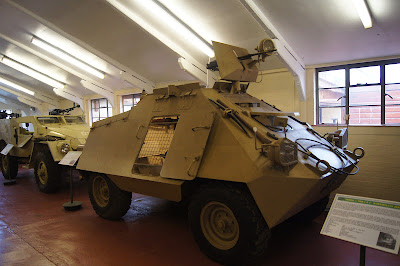 Adult entry was £8 and it took around 3 hours looking at stuff, although I dare say a proper treadhead could spend even longer. 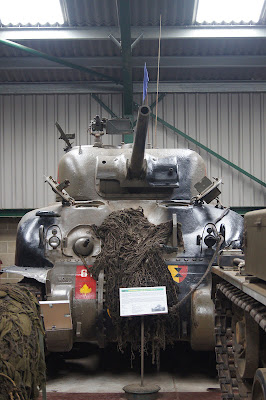 In part two I'll take a look at one small, but fascinating gallery, the model hall.
Posted by brownk29 at 09:19:00