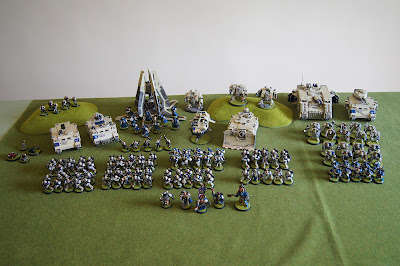 Like many people my first ever wargames army was a space marine army.  It all started just as the warhammer 40k second edition boxed set came out (shockingly around 20 years ago!) which I bought and started collecting the blood angels, using the two squads in the box as a start.  That army is long gone, with only a couple of character models remaining in my collection.  This however is my latest and current space marine army, a codex chapter of my own creation the 'Vengence Templars'.  This all came about because of the 3rd ed of Space Hulk which made me want to paint space marines again (oh how I wish I'd bought 2 copies now so I could have added the terminators to this army).

The army is quite substanal at around 4000 points and based around the 2nd battle company, with 5 tactical squads, a devstastor squad and an assualt squad.  With support provided from the 1st and 10th companies.

The paint scheme is a bone coloured armour with blue trim.  Originally I went with bone to get practice painting that colour, it hasn't worked brilliantly, but it's too late to change it now and I'm going to have to live with it!  The chapter symbol is a simple V in black, sort of like the Ultramarines U, if I'm being honest this was mainly because it's easy to paint. 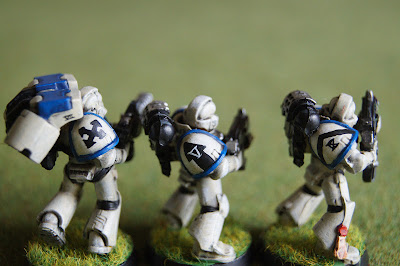 I've named every squad and character in the army, and have designed a squad marking system as shown above.  It's bascially just the squad type symbol and a simple number, so the guy in the middle is from the 5th 'tactical' squad, and on the right we have a member of the 9th tactical squad. 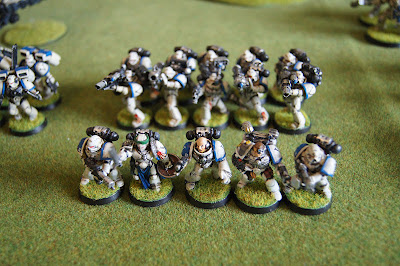 Game wise they've mainly faced off against my friends Tyranids (which he started at the same time as this army, also inspried by space hulk) and we have a loose narrative campaign going featuring a invasion of the Vengence Templars homeworld.  They've recently started to take on the eldar as well as my eldar project progresses.  They've performed very well and won almost all of their games.  The tactical squads and terminators (both varieties) have been the stars. 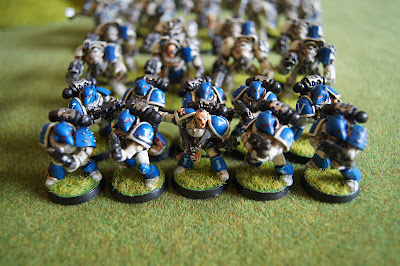 This is my sterngaurd veteran squad (above), a simple kit bash conversion of using the 'beaky' helmets and studded shoulder pads along with a different paint scheme to mark them out.  I do like the proper sternguard models, but have gone this way due to price. 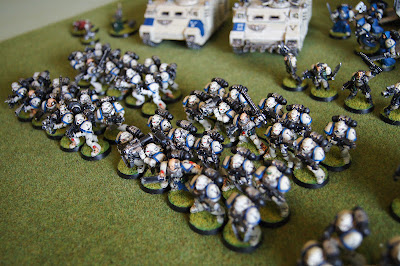 The core of the army are the tactical squads, and I never go into battle with at least two, preferably 3 full 10 man squads.  As a rule I favour the missle launcher/flamer load out, but I do have the option of feilding a bit of melta as well. 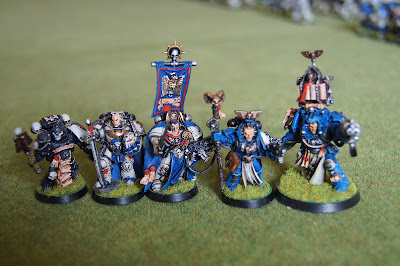 The officers of the second company

This army is nowhere near finished, my immediate plan is to add the three squads needed to take it up to a full battle company.  I also want more rhinos and razorbacks and then want to add something big to turn it into an apocalypse army.  Thats undecicded at the moment, but I'm thinking a brace of super heavy tanks.  I also want to make a chapter master, but need to think carefully as I'd like him to be something a little special.  A long way to go all round. 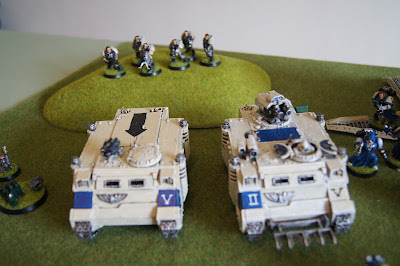 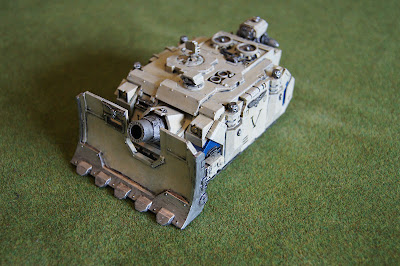 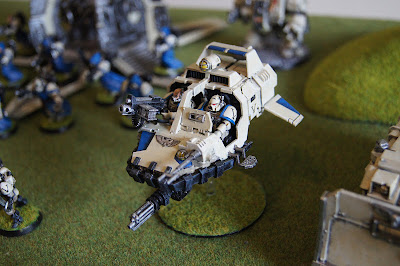 A few pieces from the chapter armoury 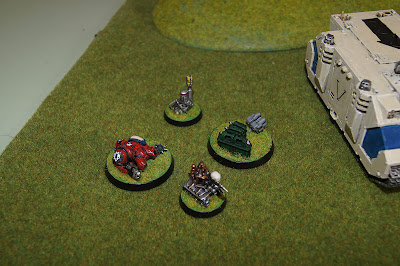