More For Flames of War


One of the advantages of playing a historical game, like flames of war, over a sci-fi or fantasy game is that whilst there will be an official range of models, there are no copyright issues and there is nothing to stop anybody else making cheaper versions of the same vehicles/troops at a compatible scale.  This post shows this with a number of new additions to my flames of war collection and whilst it includes a few official minis from battlefront also features minis from the plastic soldier company, zvezda, forged in battle and wizards of the coast.  This wasn't intentional, it was just the result of a bit of searching on ebay in an attempt to increase my collection and gaming options whilst not spending much money, I think it's worked out well.

lets start with this platoon of Cromwells for my late war British collection.  These were made by wizards of the coast for their now defunct axis & allies miniatures game, which like the star wars minis and D&D minis were prepainted randomised collectable minis.  They're not the best minis, but I did pick these up very cheap (£3.99 for the three) and the previous owner had already converted one into a command tank using a flames of war tank commander.  Although they were already painted I've given them another lick of paint to match the rest of my force.

This next platoon is the most exciting for me, it's a group of Stuart V's from the plastic soldier company.  This is important as this is the other option to allow my armoured squadron to field a 1000pt force when I don't think the Typhoon is appropriate.  They are also fast tanks and recce, and ultimately a whole other bunch of tanks for my opponent to deal with. 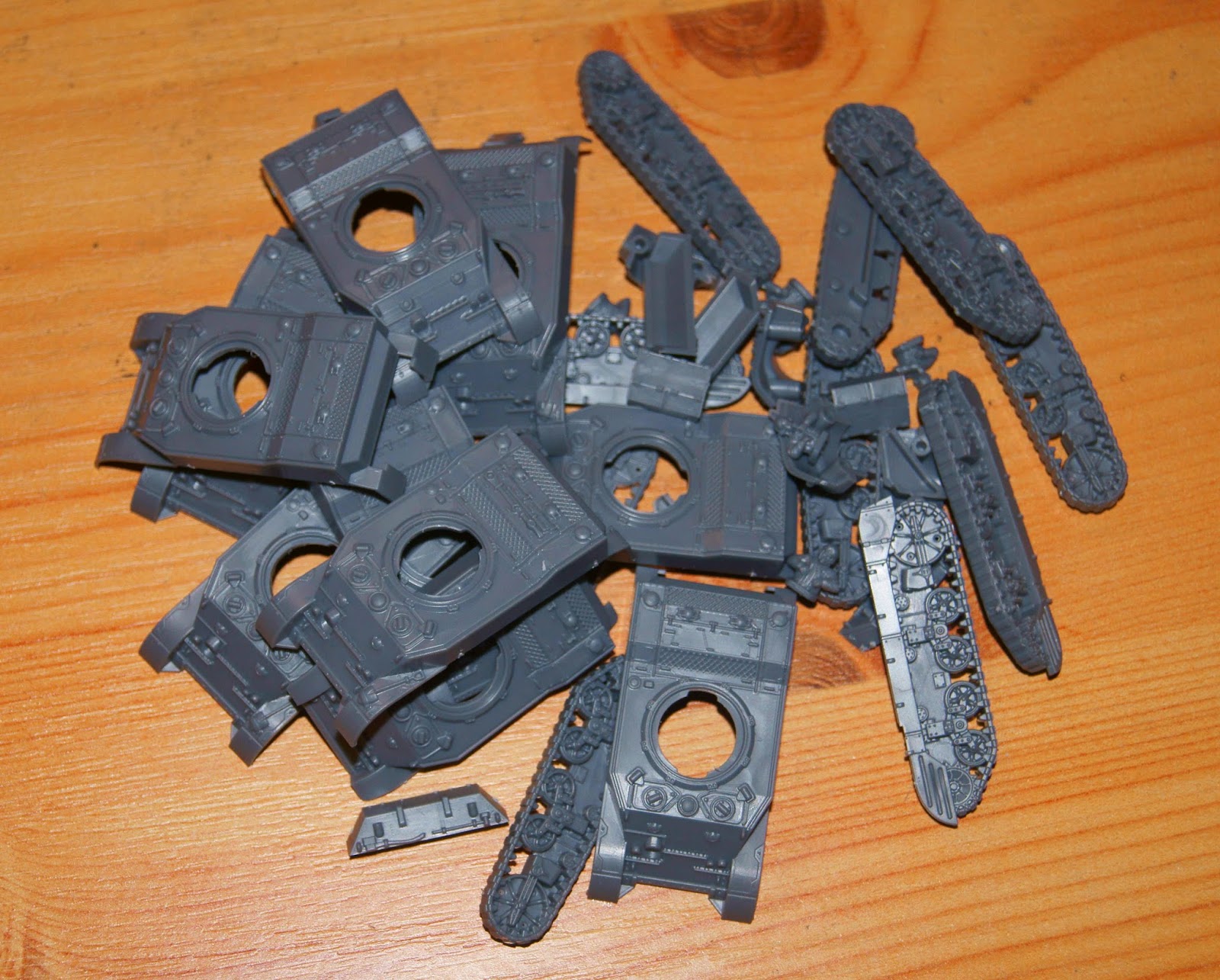 How many spare parts?

These are my first ever minis from the plastic soldier company, and I'm impressed, really high quality plastics with great crisp details.  Each tank comes with the components to make it either a early, mid or late production model.  I've gone for a mix, just because I can really.  One consequence of this is that this box of five has come with a lot of spares, anyone got any ideas on what to use 10 spare stuart chassis for?

Another cheap ebay job is this British rifle platoon, it was already based when I got it, but it was unpainted.  Most of the figs are from forged in battle, like my other British rifle platoon, but the command stand and one of the NCO's are from battlefront, and are in shorts!  Still nothing like an eccentric British officer to add a bit of variety.  As I've mentioned before I don't particularly enjoy painting infantry at this scale, but having this second infantry platoon opens up a lot more list options for me. 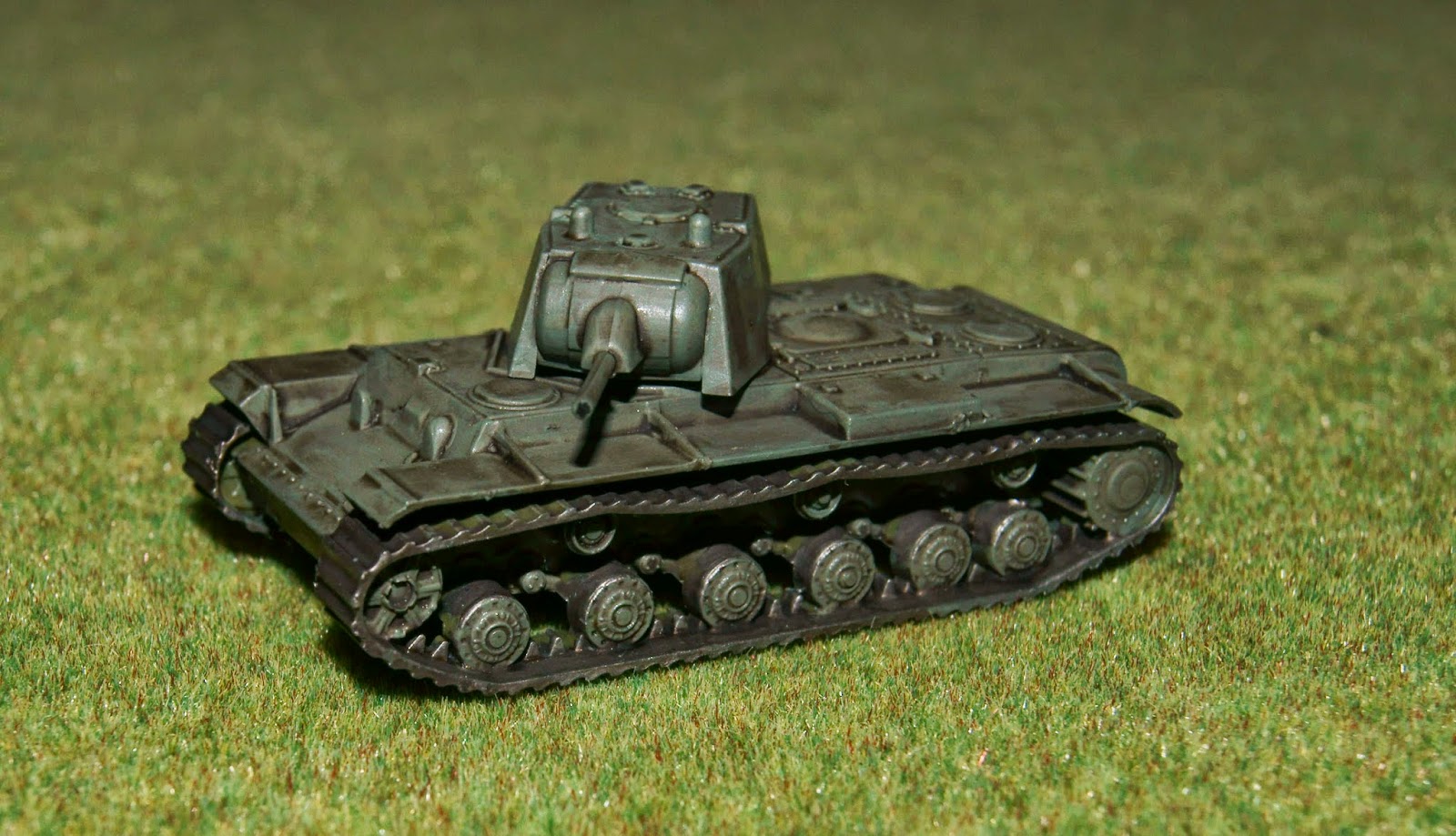 This is a KV-1 soviet tank from Zvezda's act of tactics range.  I've been picking up odd tanks from this range for a while now, I just can't help it, even when like this they have no obvious current use, I think I may be addicted.