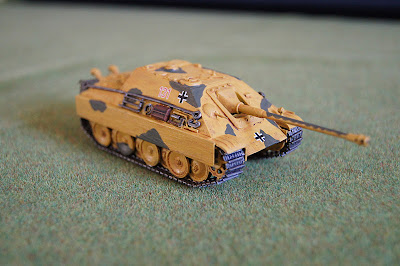 I've just finished building an painting my second Revell kit, a 1:72 scale German WW2 Jagdpanther tank destroyer.  This is only the second revell kits I've made and there were some major differences between this and the 1:76 scale T 34 I made recently, I don't know if these differences are standard between the 1:72 and 1:76 range.  But this is a more complicated kit, without a scenic base, and hard plastic tracks as apposed to the soft ones.  The hard plastic tracks are more work, but they came out well and I think I prefer them. 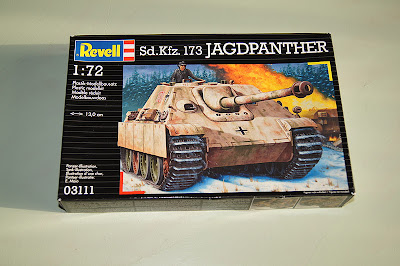 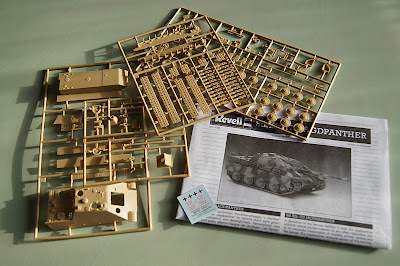 Whats in the box

One nice aspect of the kit is that it comes with options for building either an early or late version of the Jagdpanther, with different gun and exhuast parts.  I've built mine as the late version. 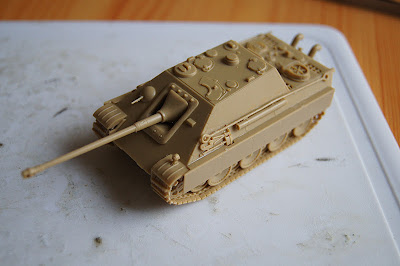 
The colour scheme I've chosen is based loosely on the one worn by the example that I saw recently at the Imperial War museum in London.  As always I painted it using citadel paints and the main yellowy colour is bubonic brown washed with gryphon sepia and the drybrushed again with bubonic brown.  Green camo was then painted on top using Catachan green. 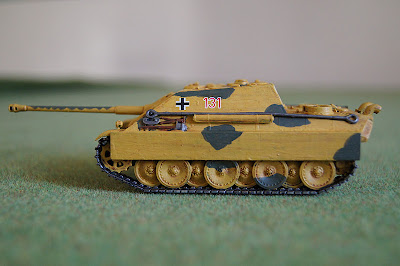 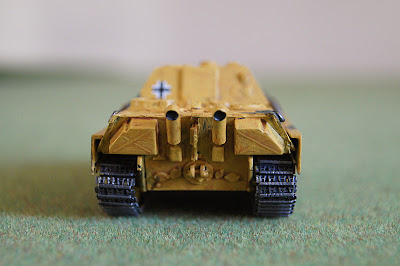 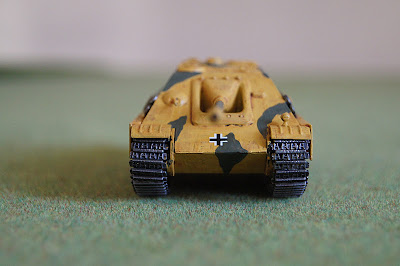