The Start Of A Major New Army: The Eldar

Right, just what I need another huge new project, this time an eldar army for 40k.  Whats odd about this is that I've actually been given a whole army to paint all at once, rather than building it up piecemeal as I normally do.  My friend has given me a 9000pt eldar army, including most troop types and even a revenant titan to paint, we have a shared ownership agreement if I paint his army basically (I won't go into the details, but we've agreed who gets what in advance if one of us moves away), I've never done an army even remotely like this, but we're both pleased that they're going to come out of their boxes, get painted and hopefully get played with, and I hope it works out.  So far I've painted a single guardian, just to check the colour scheme, I like how hes come out and the rest of his squad is on the table and underway. 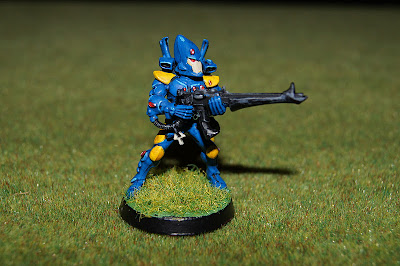 I've also got a few old eldar models in my personal collection, which whilst remaining solely mine will be used in the new army, at least at the beginning as it will allow us to get playing sooner. 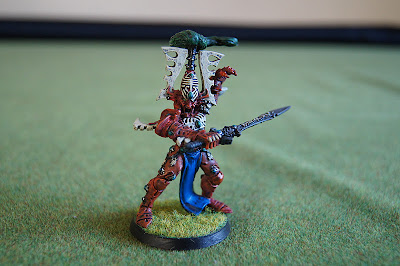 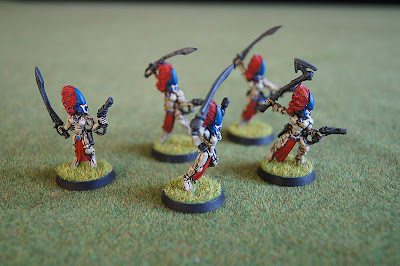 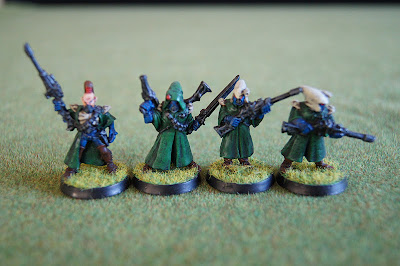 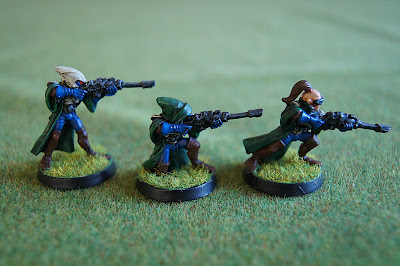