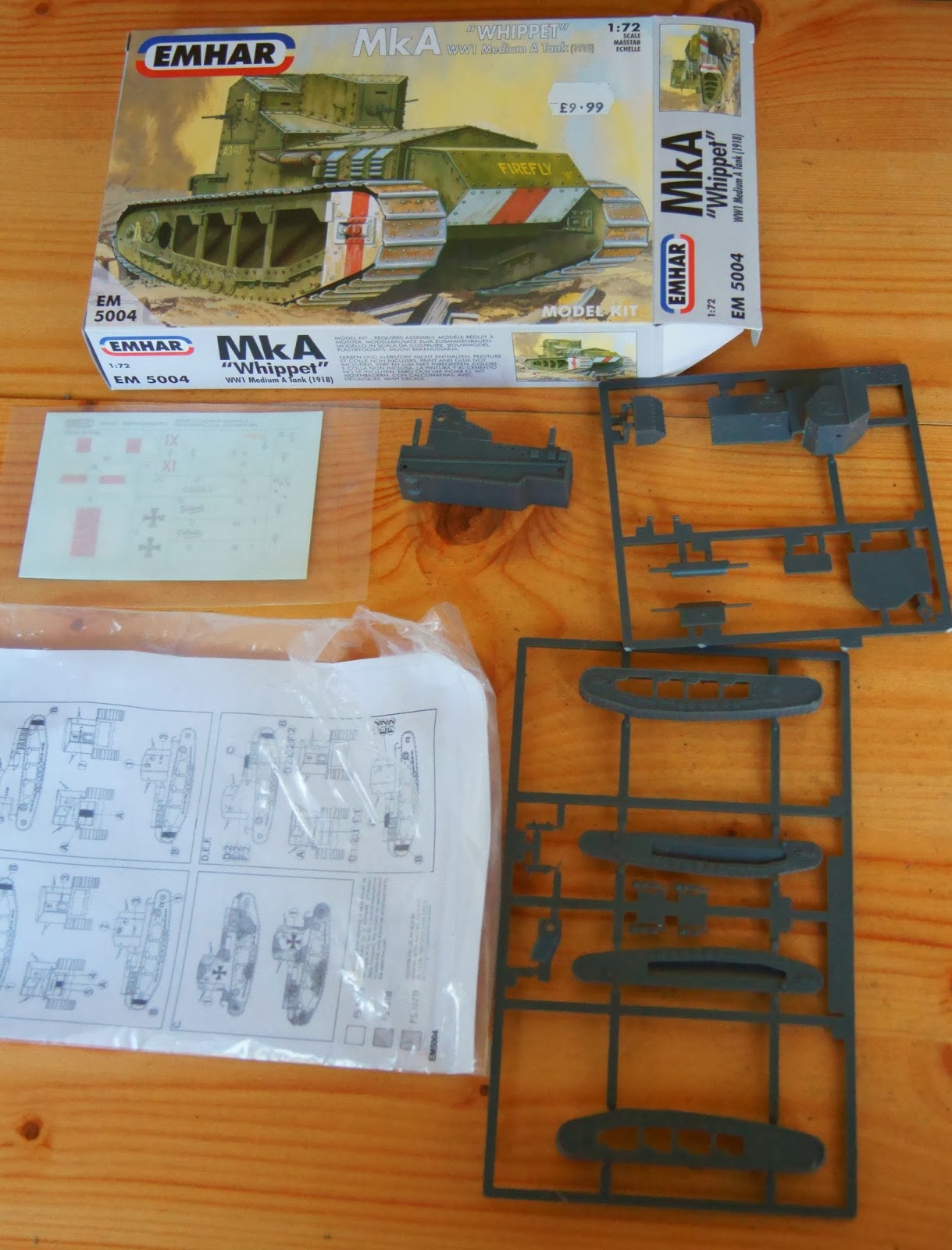 On my recent trip to the tank museum at Bovington I inevitably came away with a model tank kit, this Emhar 1:72 scale Whippet.  The WWI tanks at Bovington were my favourite part of the museum, which ultimately led to the selection of this kit.  This is the first Emhar kit I've ever made and it compares favourably to the WWI airfix kits I've built, one slight niggle is that it's in 1:72 not 1:76 scale like my other WWI tanks, not that that's Emhar's fault of course. 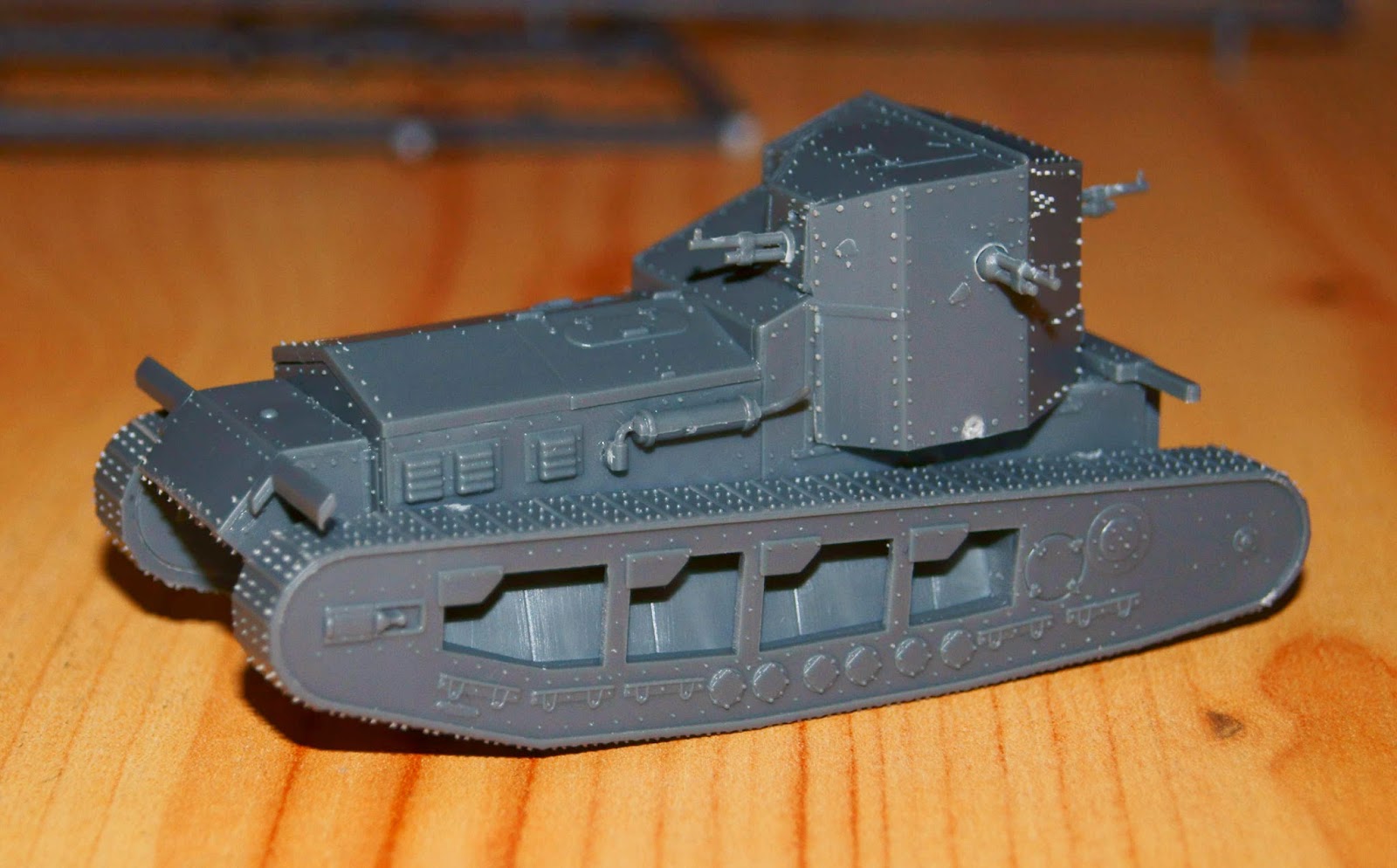 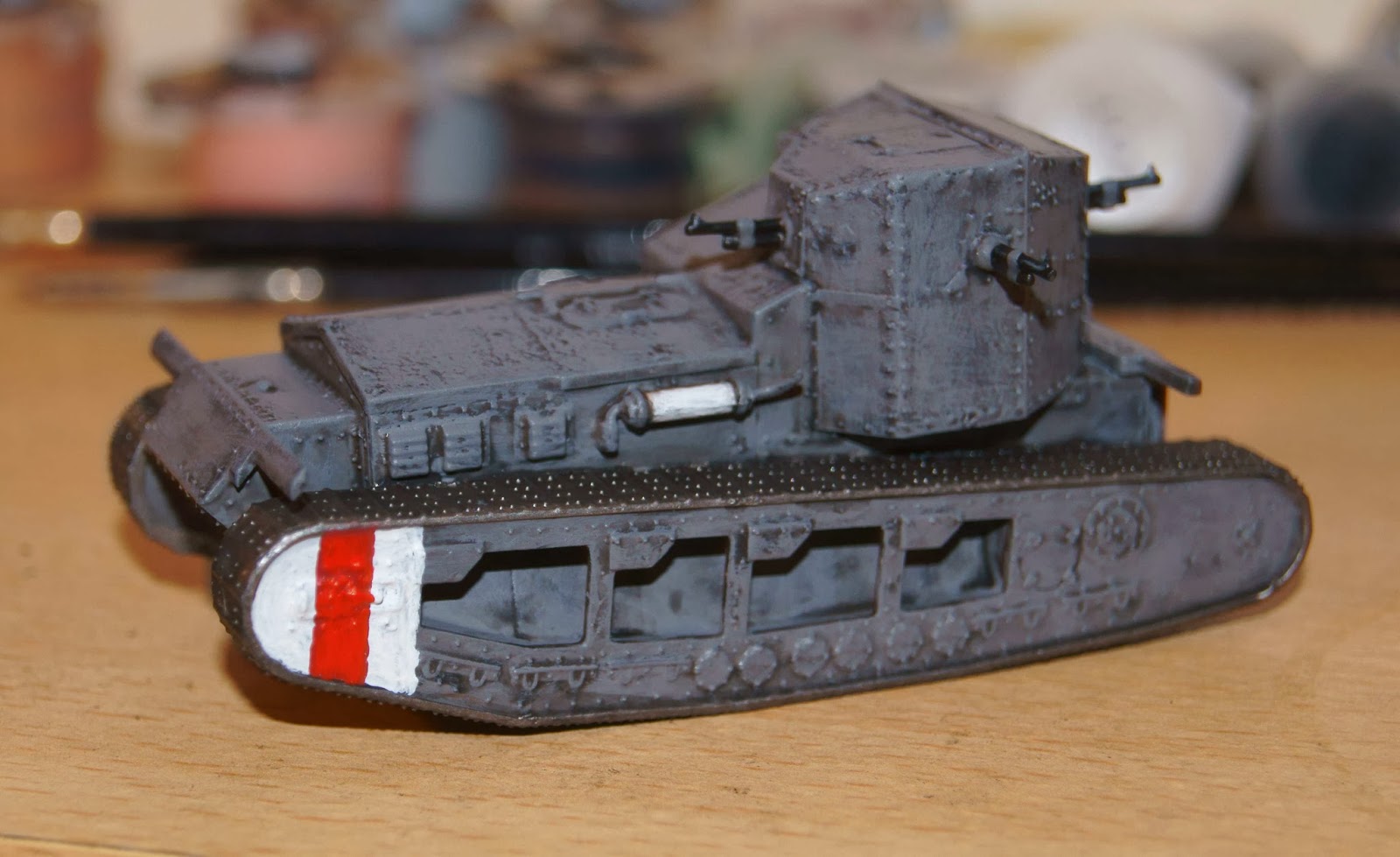 painted, but before decals

I thought the Sprues were good quality, hard plastic, and with little flash.  It was a very easy build, with only the machine guns providing a small challenge.

One thing this kit does differently to other manufacturers is the way the tracks are made.  I've had some problems with the tracks on tanks before, often they are really hard to get right, Airfix have this horrible rubber track method which requires heat(I hate it so much that I try to avoid Airfix kits with tracks now), matchbox have a better rubber track system that you have to link together, but still isn't great and revel 1:72 tanks require you to build the tracks piece by piece, which works well, but is fiddly.  Emhar have just made solid single piece tracks moulded onto the wheel sections.  At first I thought it was to simplistic, but having built the kit I think it works rather well with a minimum of fuss. 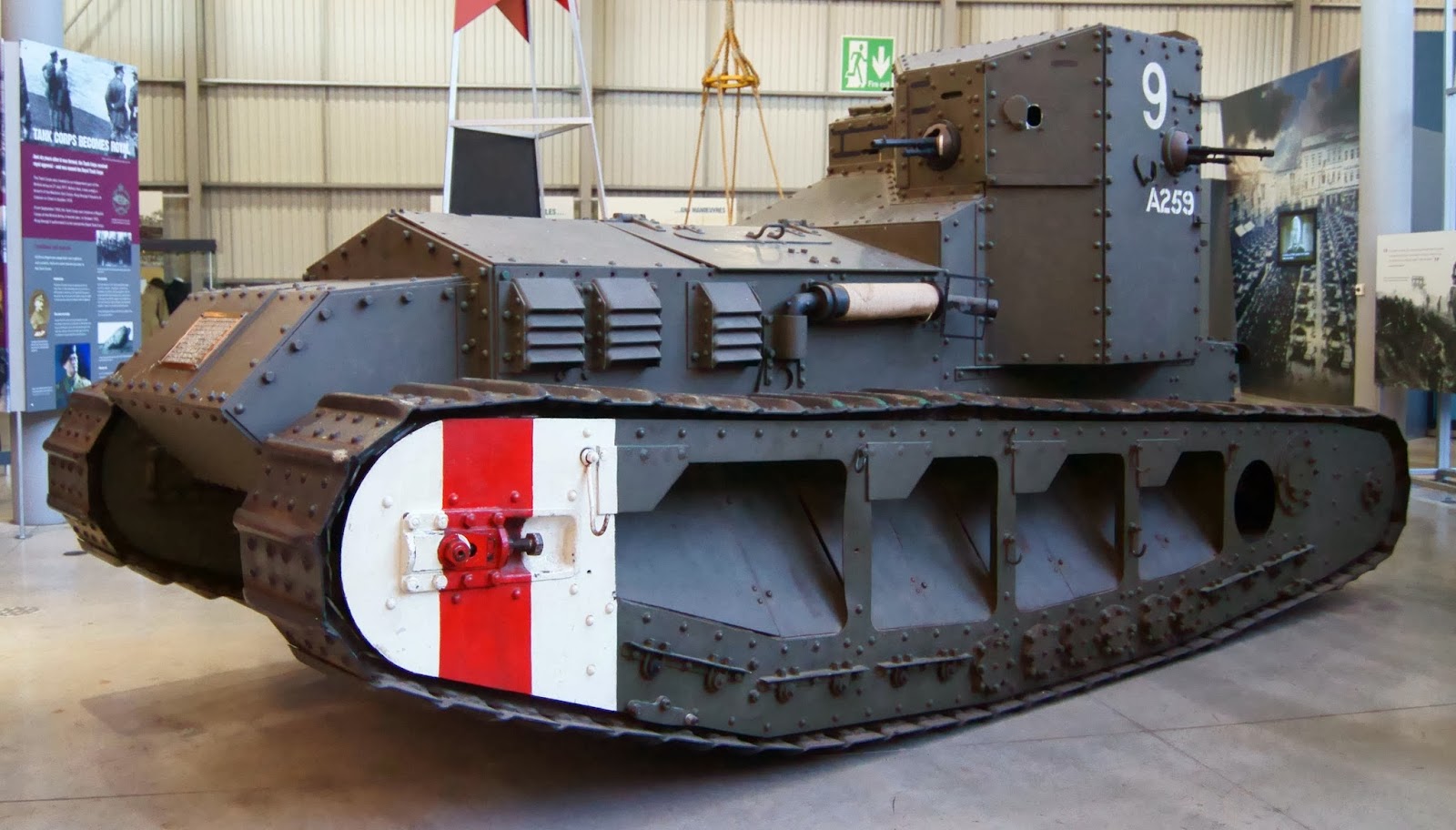 The kit comes with a good decal sheet with decals for a multiple of paint scheme, which includes 3 different British designs as well as Japan, German and Russian designs.  This was a pleasant surprise and certainly adds to the versatility of the kit.  One of the decal schemes was actually for Bovingtons example, so it was an obvious choice. 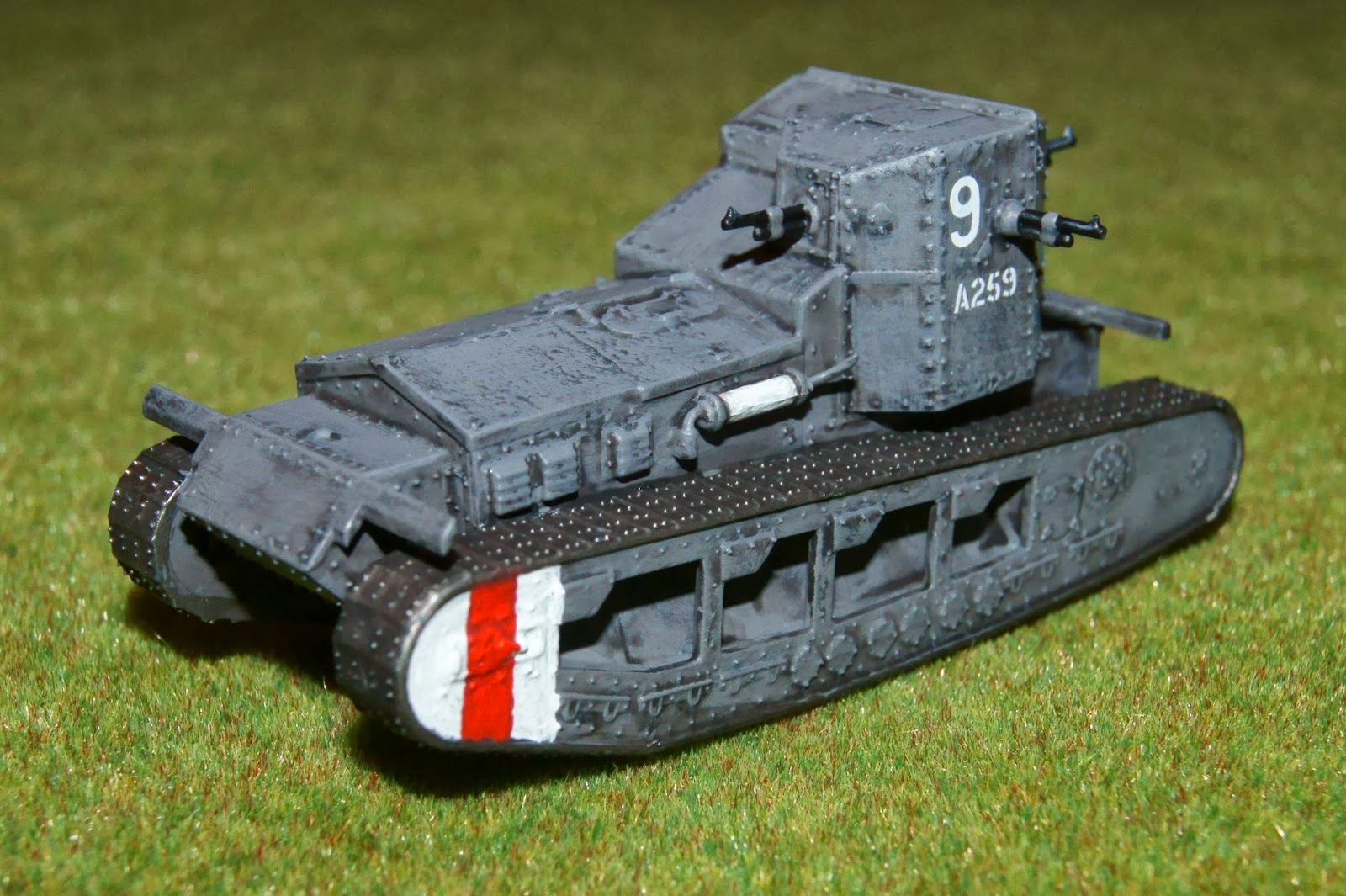 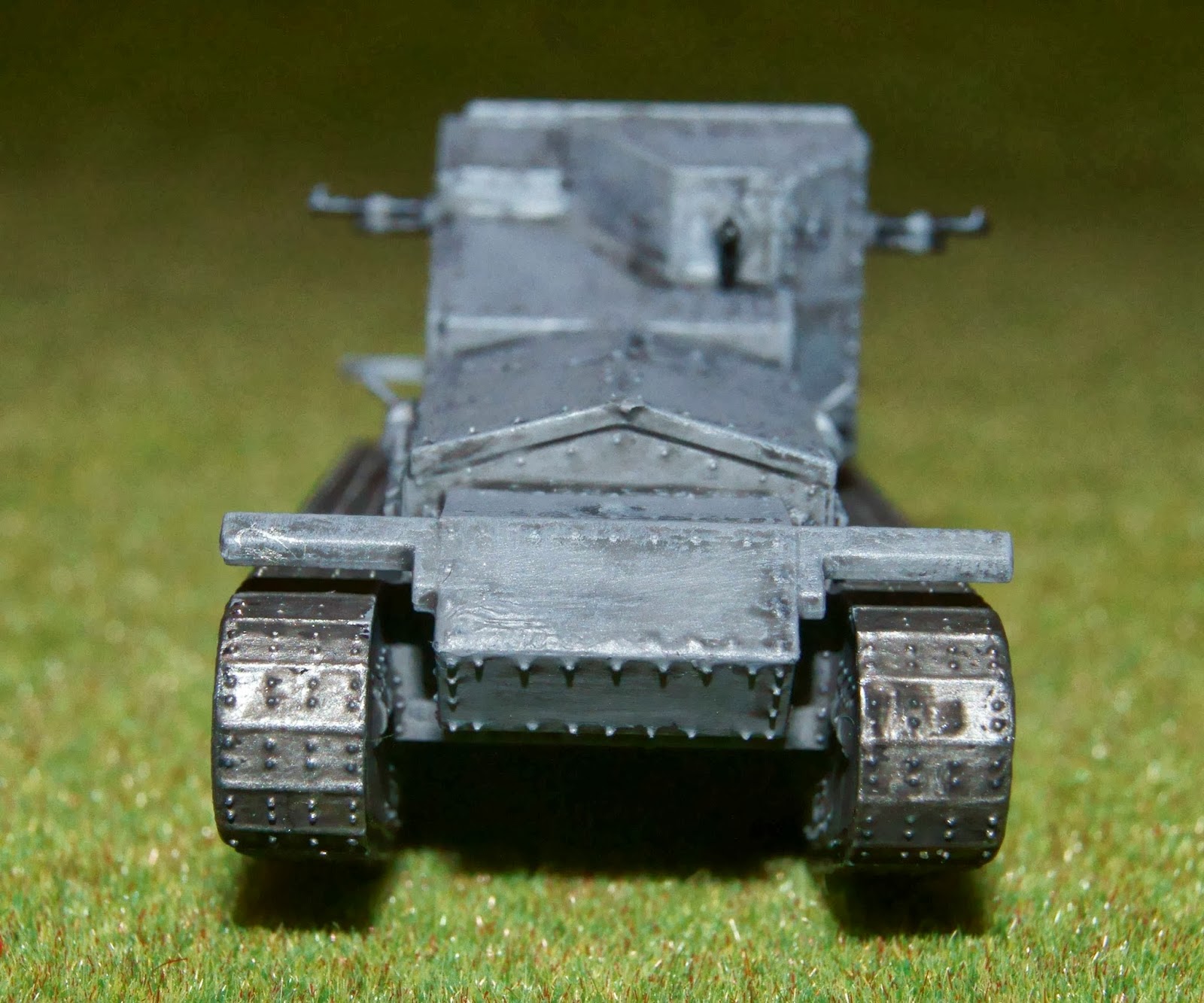 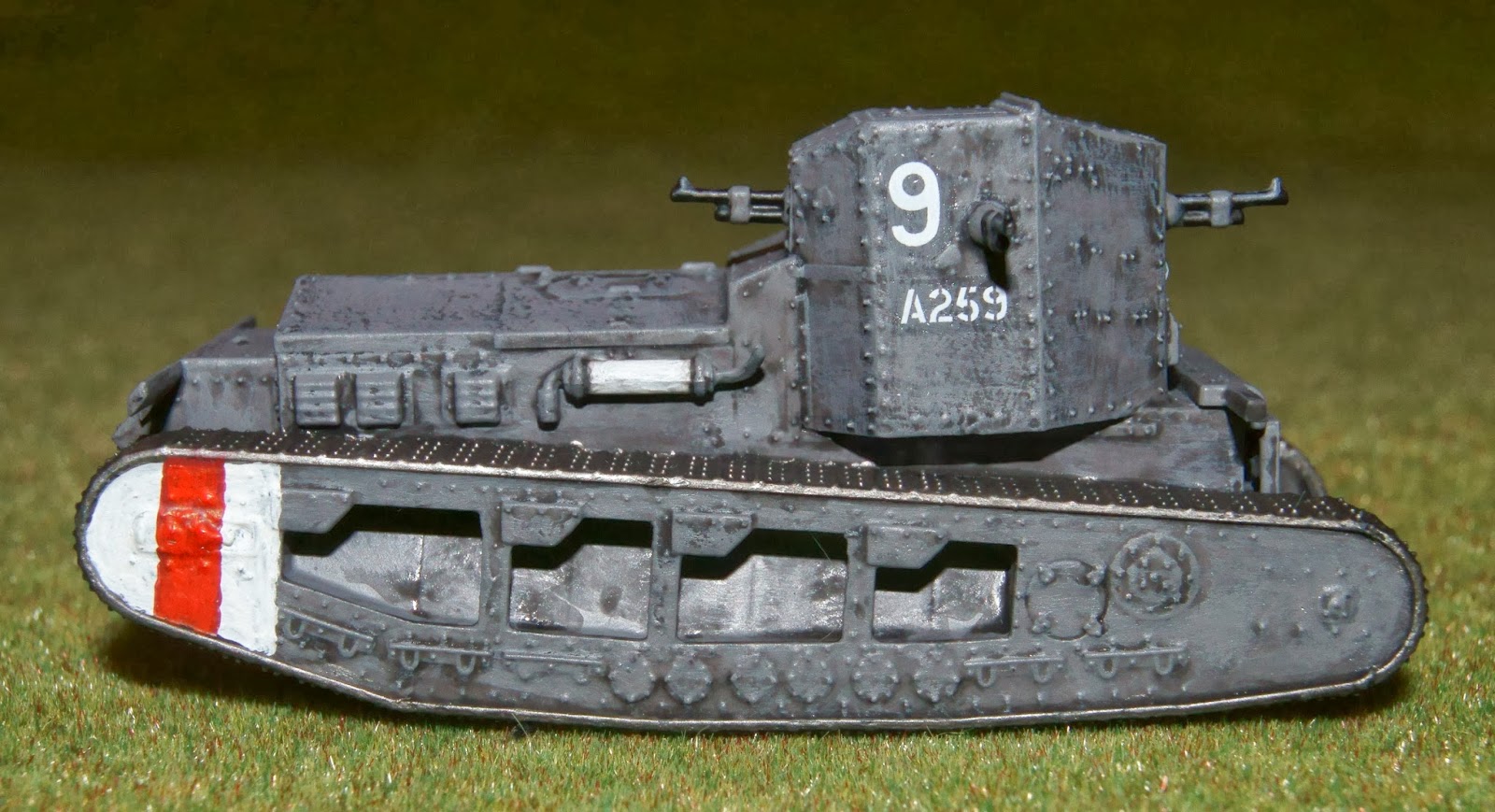 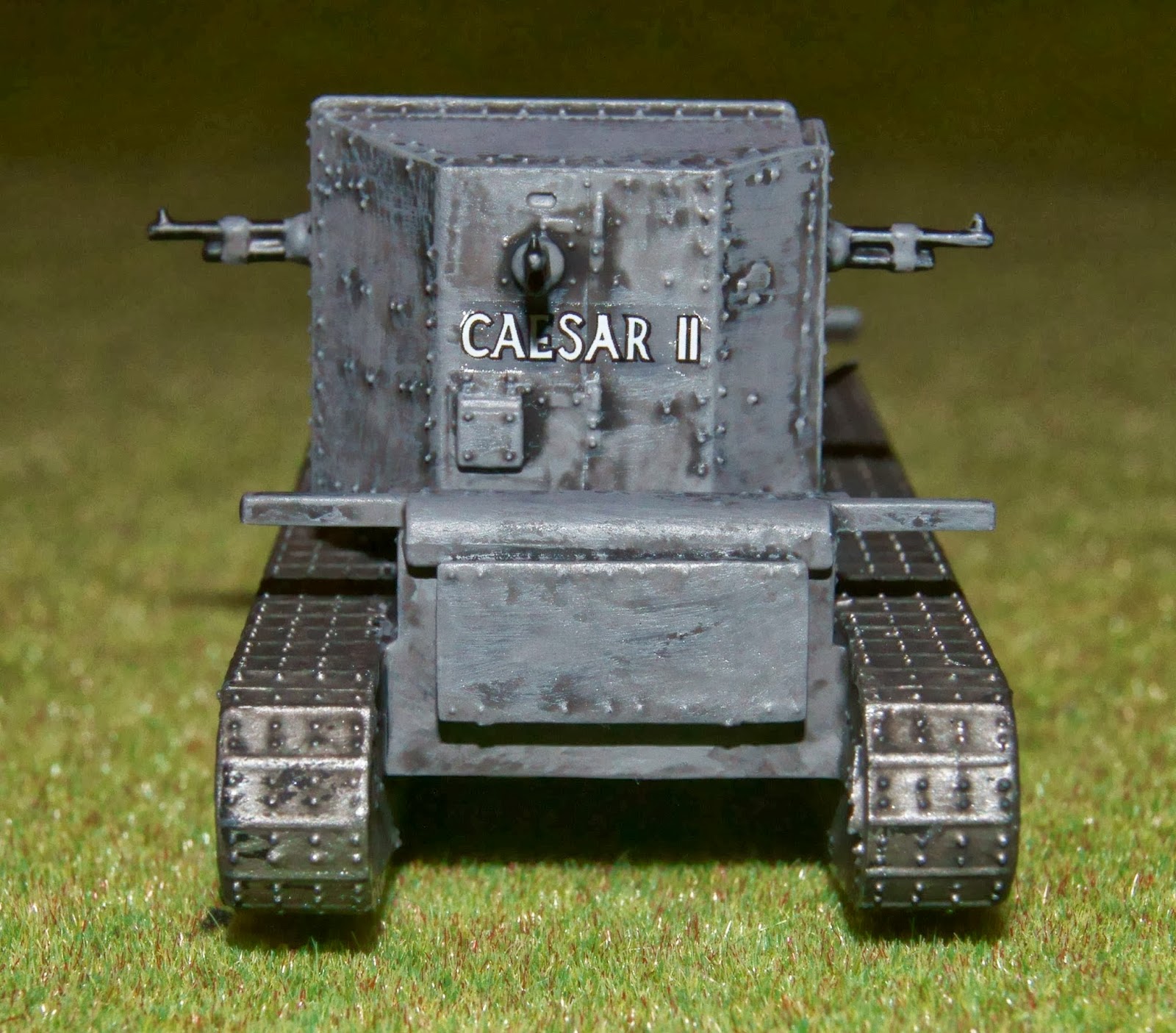 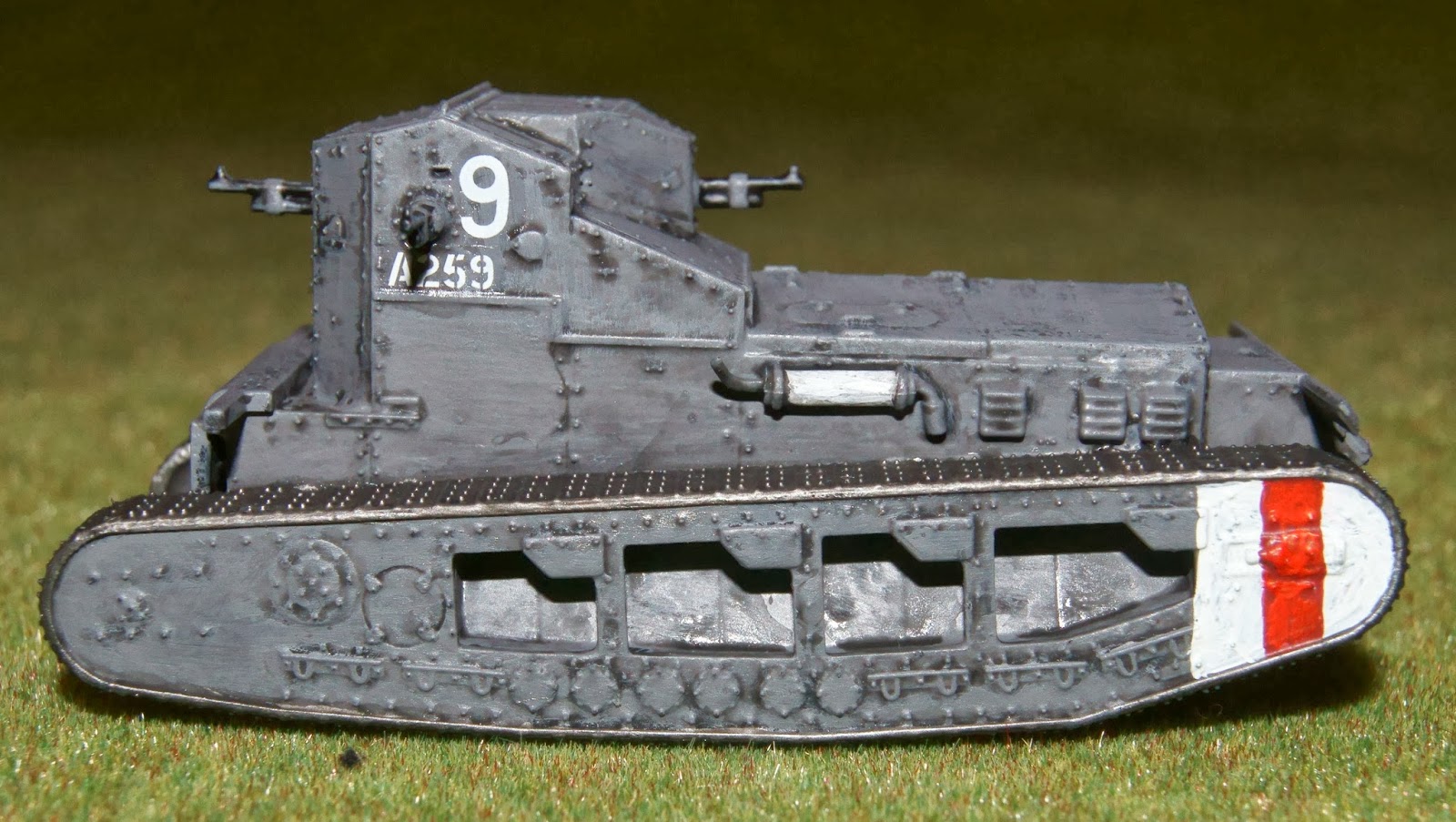 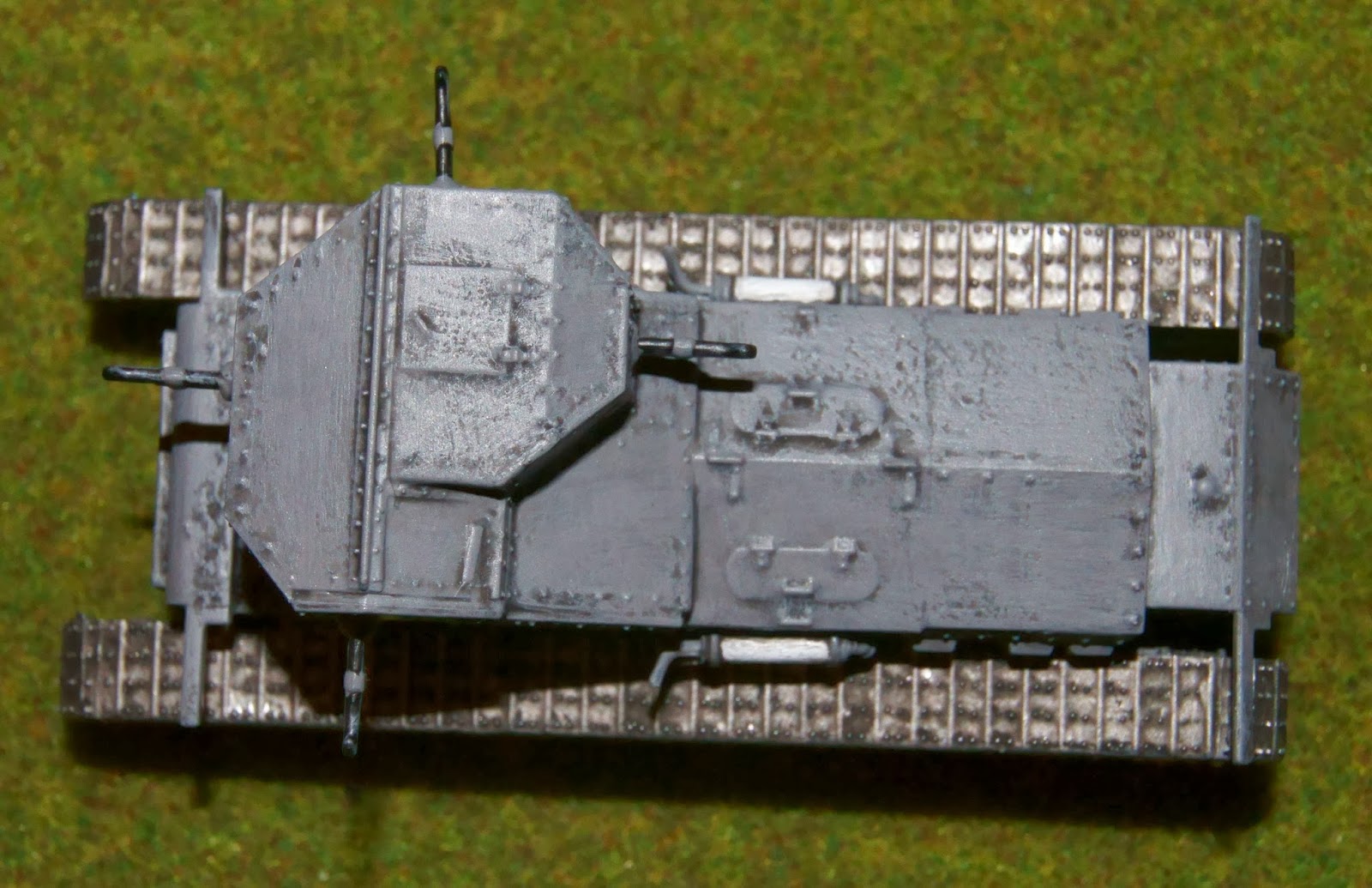 I'm really pleased with this little kit actually, and will probably get the Mark IV and German AV7 they do in the same range at some point.