From the Painting Table #10

Another collection of recently painted unrelated figures today that didn't quite warrant their own blog post.

Starting with this Eldar Wraithlord for 40K.  This is the second wraithlord I've painted and I like them a lot, both the model and the concept.  I still haven't quite got the hang of painting yellow though. 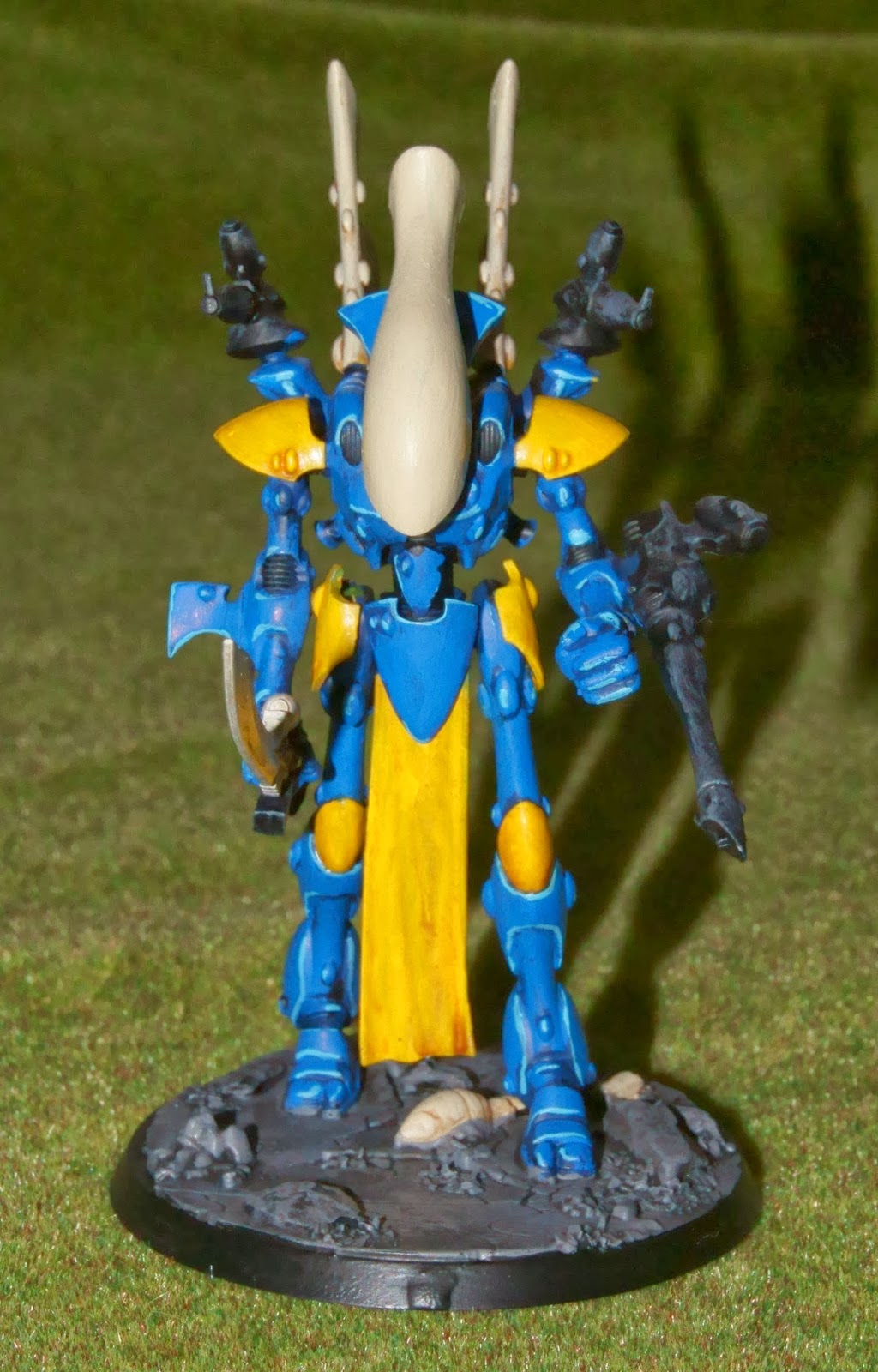 Another 40K model next with this Nurgle Plague Marine lord, I have a small squad of plague marines in my mostly Alpha legion Chaos space marine army and I always like to have a leader to sub-sections of my army.  It will allow me to field the plague marine squad as troops as well, which will be potentially useful. 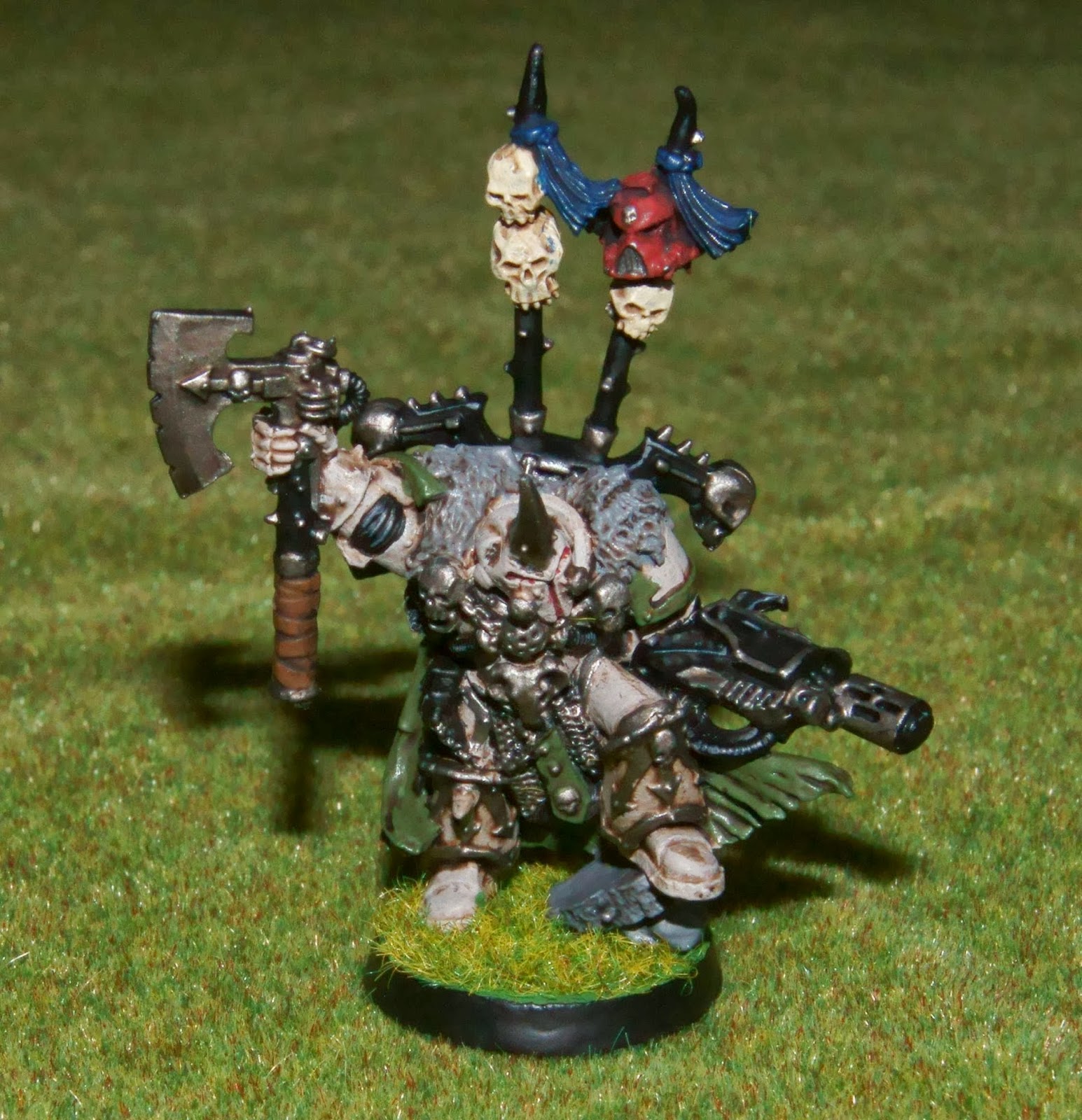 These three Ogres come from the mantic crazy Christmas box I got a couple of months ago, they were one of my favourite items from the box and have been a joy to paint.  They come with the option for hand weapons or these double handed weapons that I've armed mine with.  They fit in really well with my classic citadel Ogres as well. 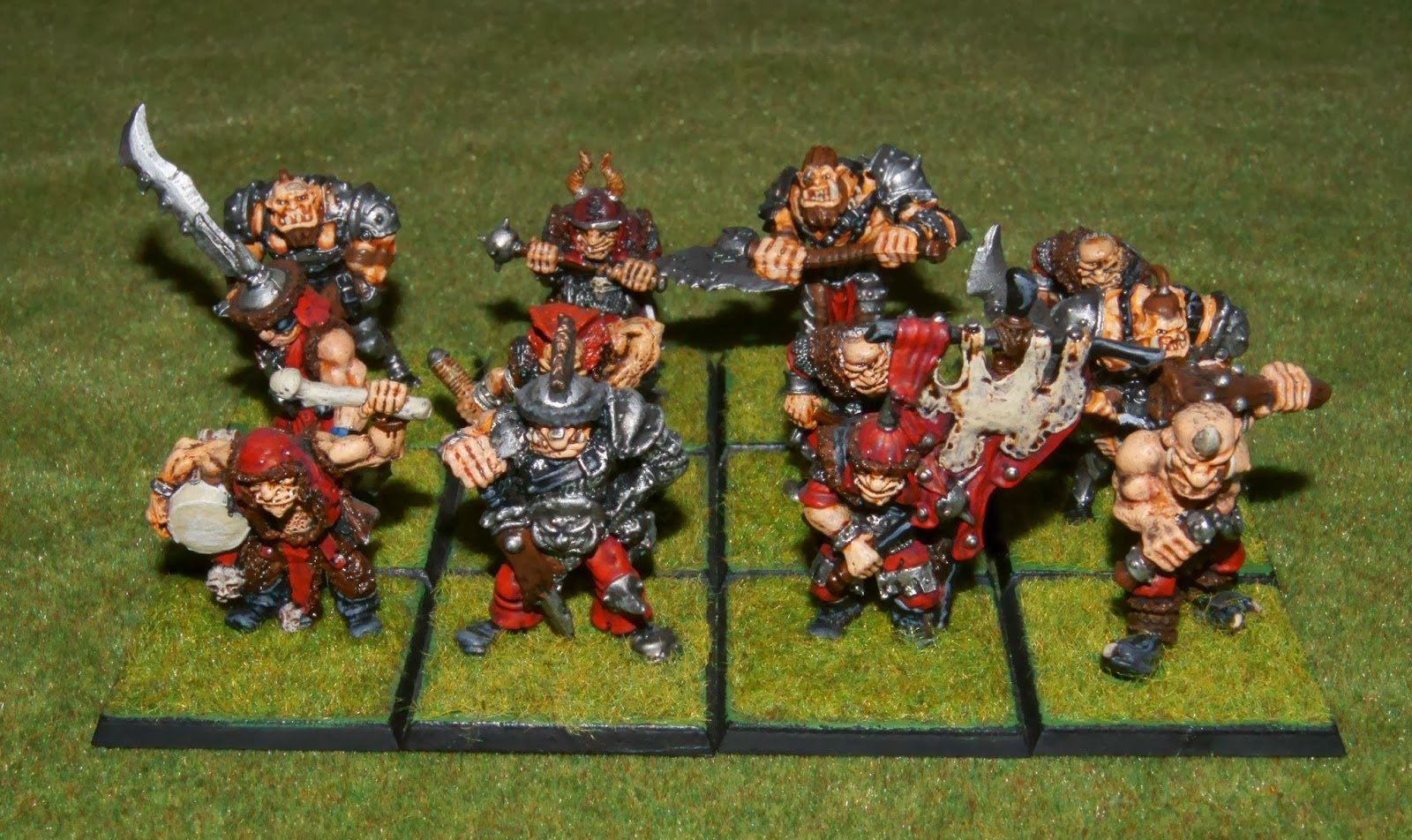 And finally this Zvezda Soviet T-35 tank in 1:100 scale from their art of tactics range.  It's an absolute beast of a tank, dwarfing even the mighty panther, it proved to be rather impractical in the end though. 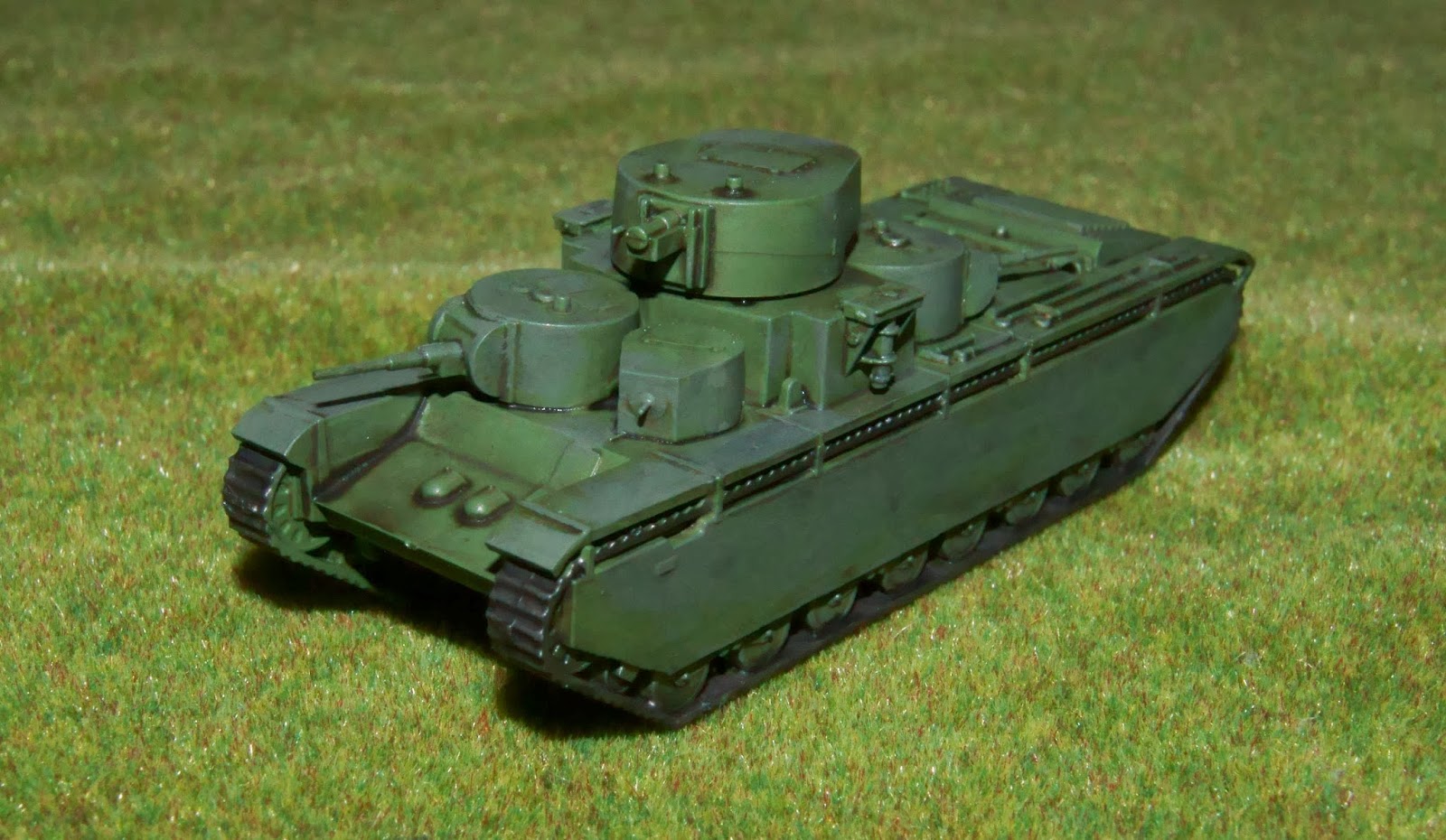 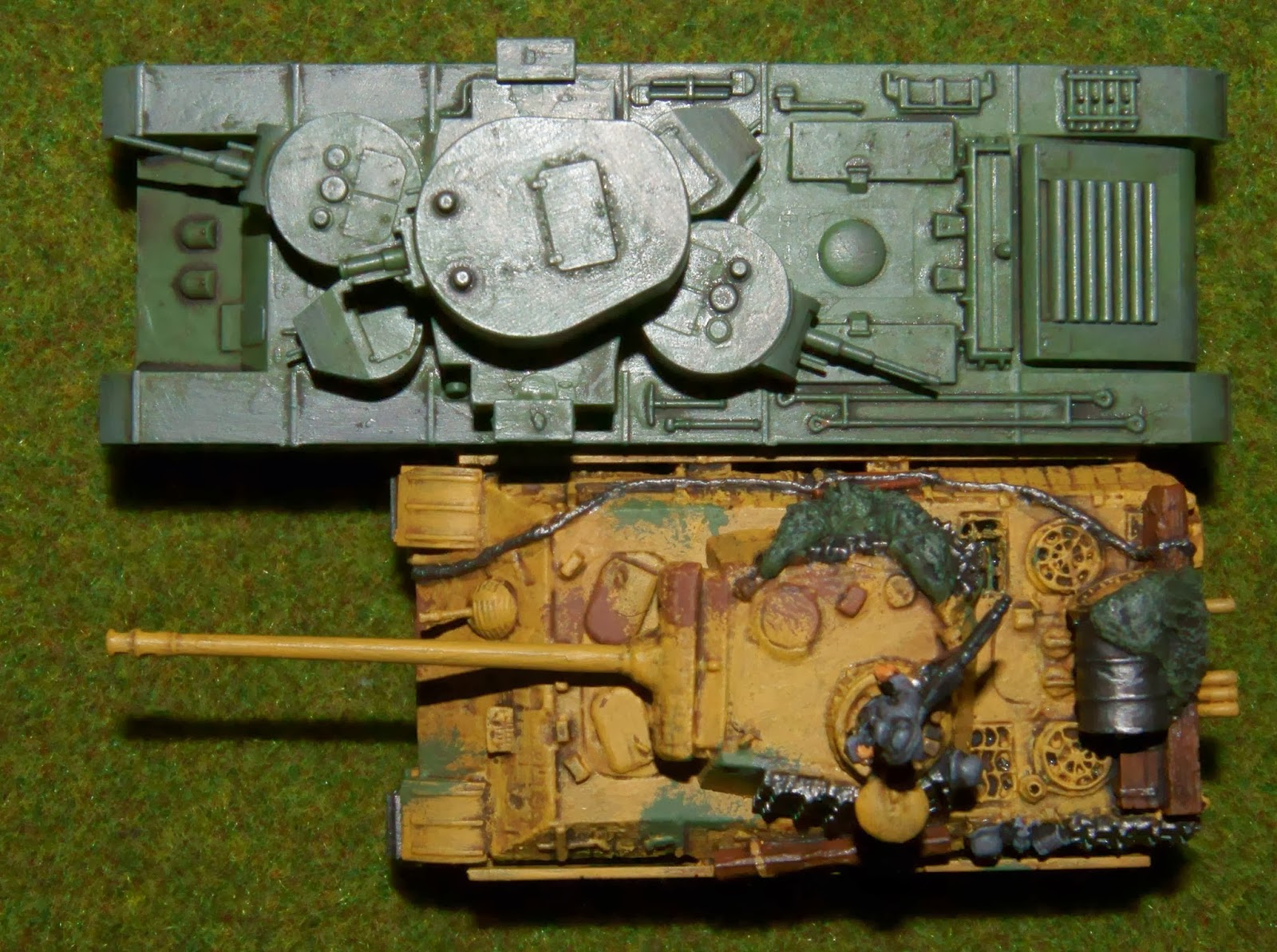