Finally we've reached the last faction in my epic look at my Star wars miniatures collection, this time the Fringe, which is also the largest faction in my collection.  The Fringe is a bit different from the other factions, it's not a unified faction in any way, but a dumping ground for assorted scum, villainy, aliens, monsters, droids and mercenaries.

The fringe can either be fielded as a faction on their own, or more commonly can be added to squads of any other faction.  Some of these, such as the ubiquitous Ugnaught Demolisionist, were so useful it was rare to see a squad without them at one point.  More than any other faction the fringe also contains a lot of 'sub-factions', which I've separated out in the pictures below.

In the past I've always started these posts with a large pic of the whole faction, well this wasn't possible this time, my indoor table just isn't big enough and it's a bit cold out to be taking pics in the garage.

As always click on the pictures for a bigger version. 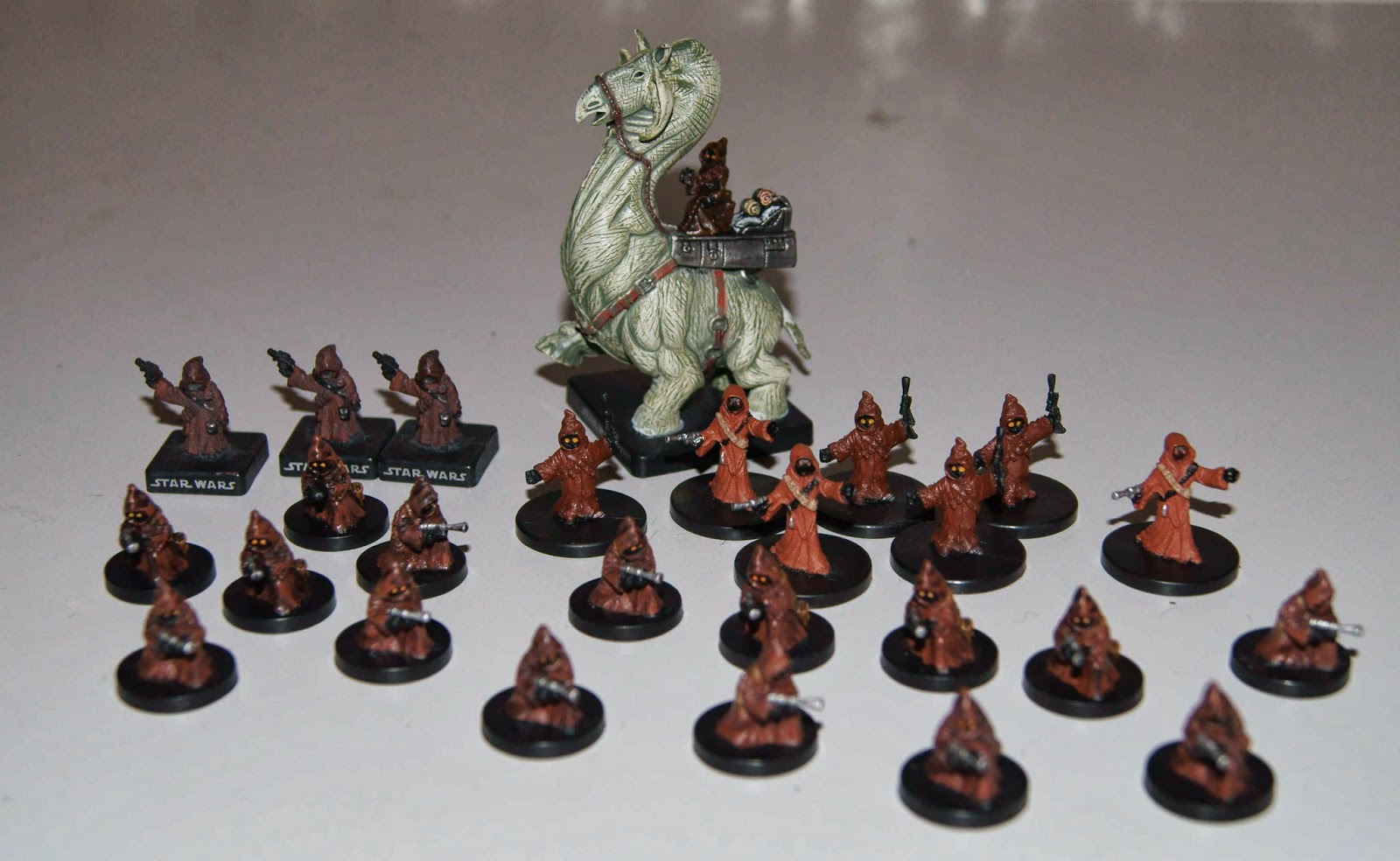 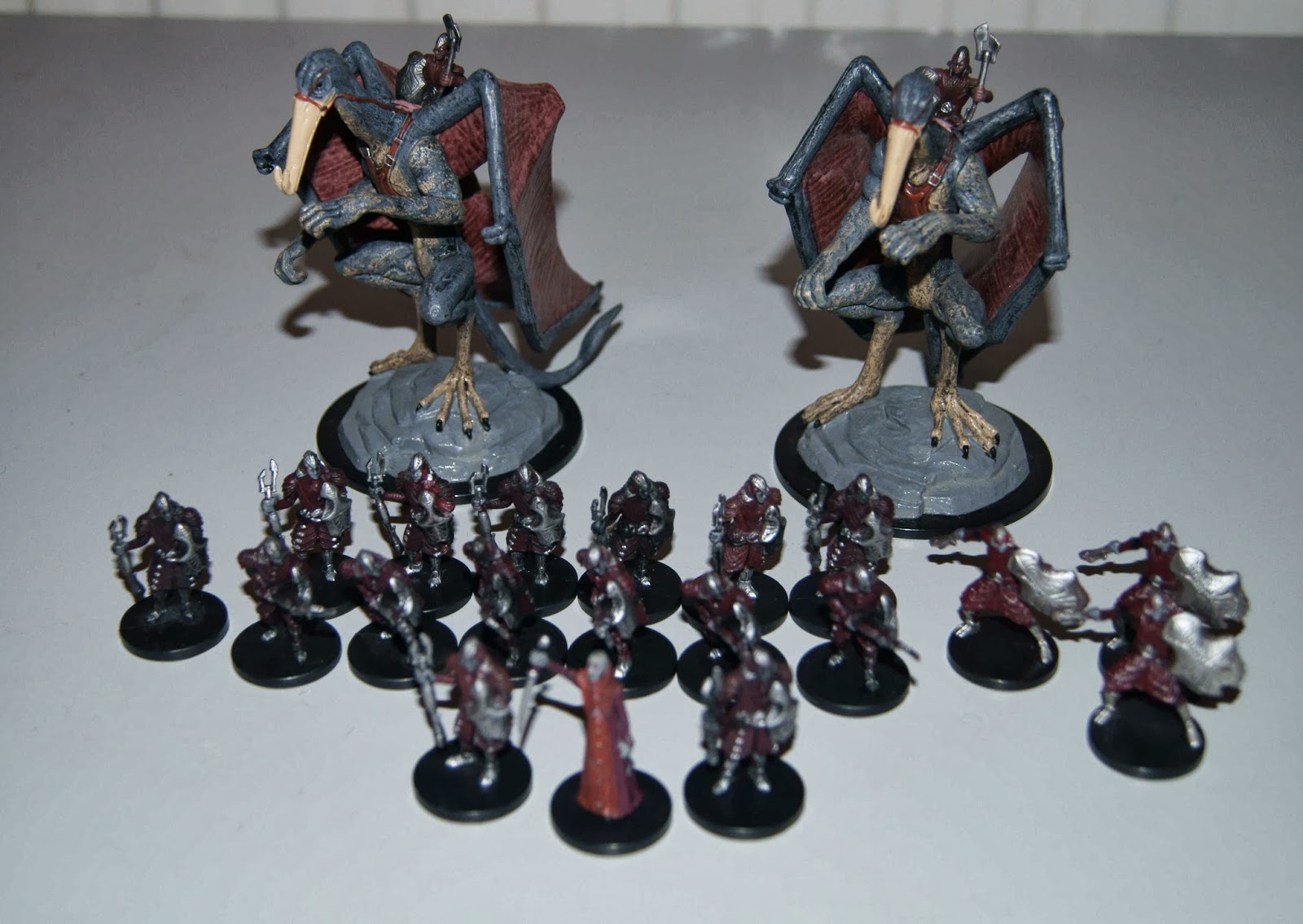 The forces of cloud city, Bespin, and the ugnaughts 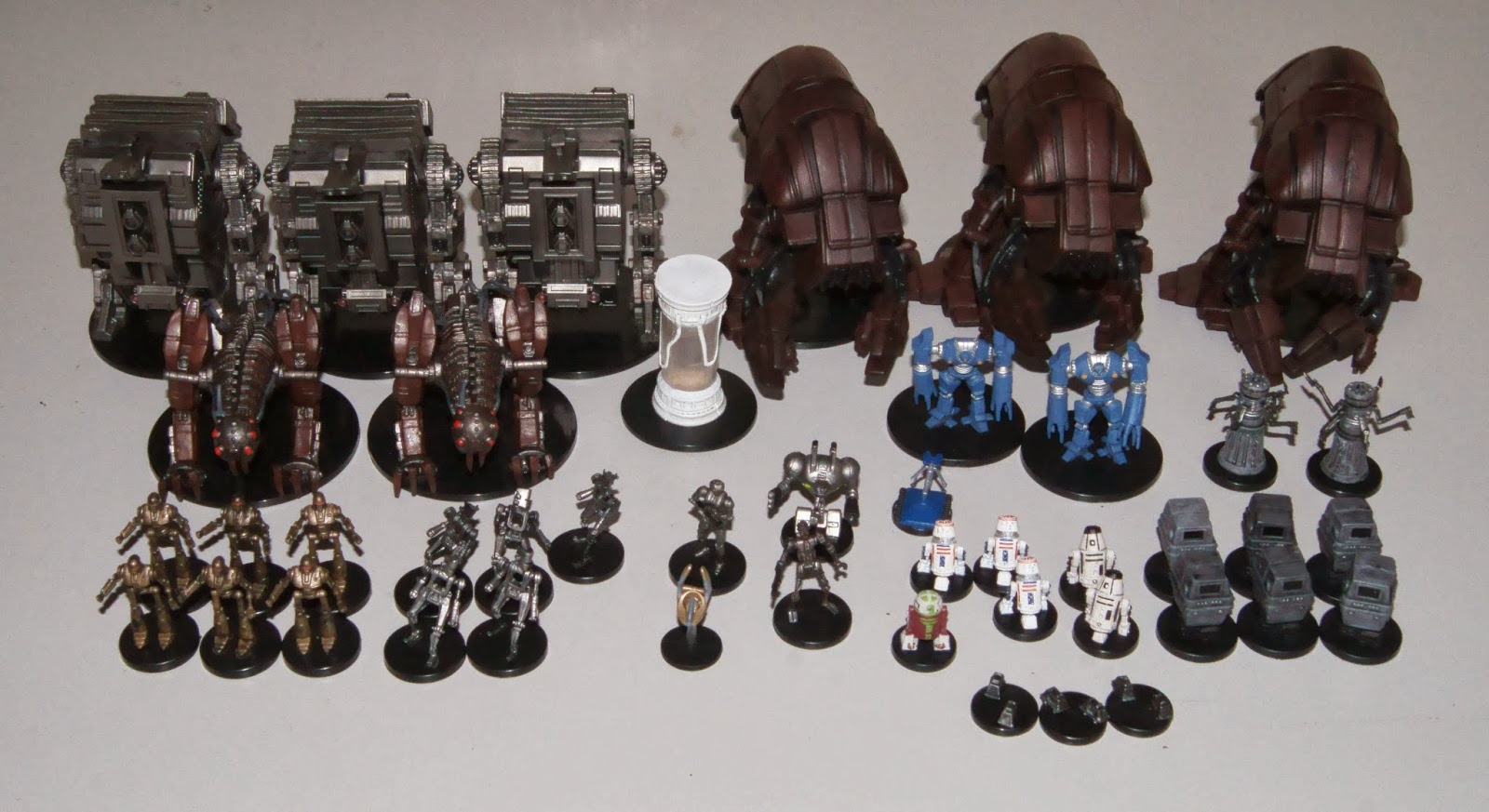 Unique characters, from Jabbas palace, knights of the old republic, the cantina and many other assorted places.

Everything else that didn't fit into any of the groups above! 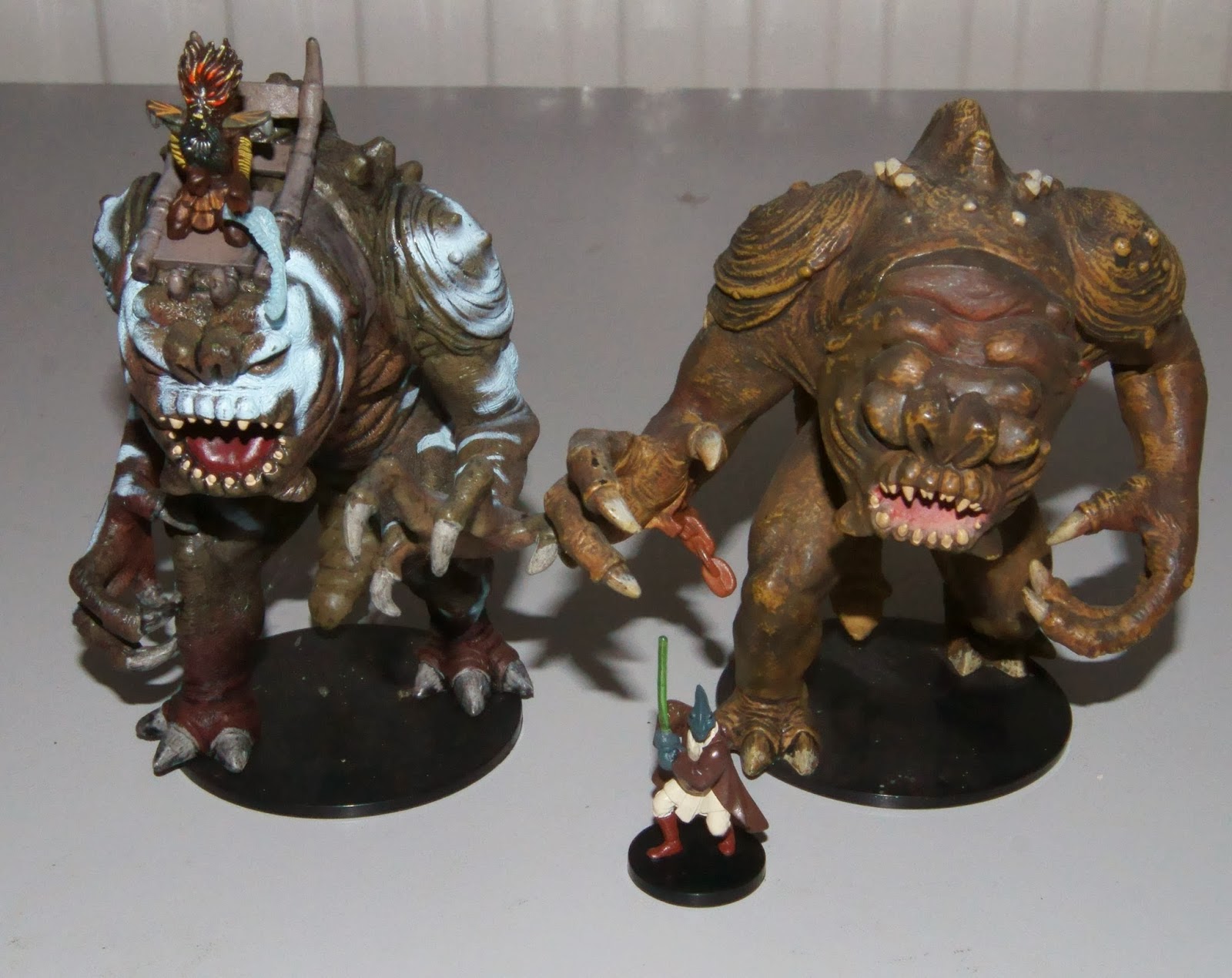