From The Painting Table #11

Another group of freshly painted models for your perusal today, this time we have a unit of Eldar Wraithguard for 40K, two mercs for Deadzone and a couple of tanks for flames of war. 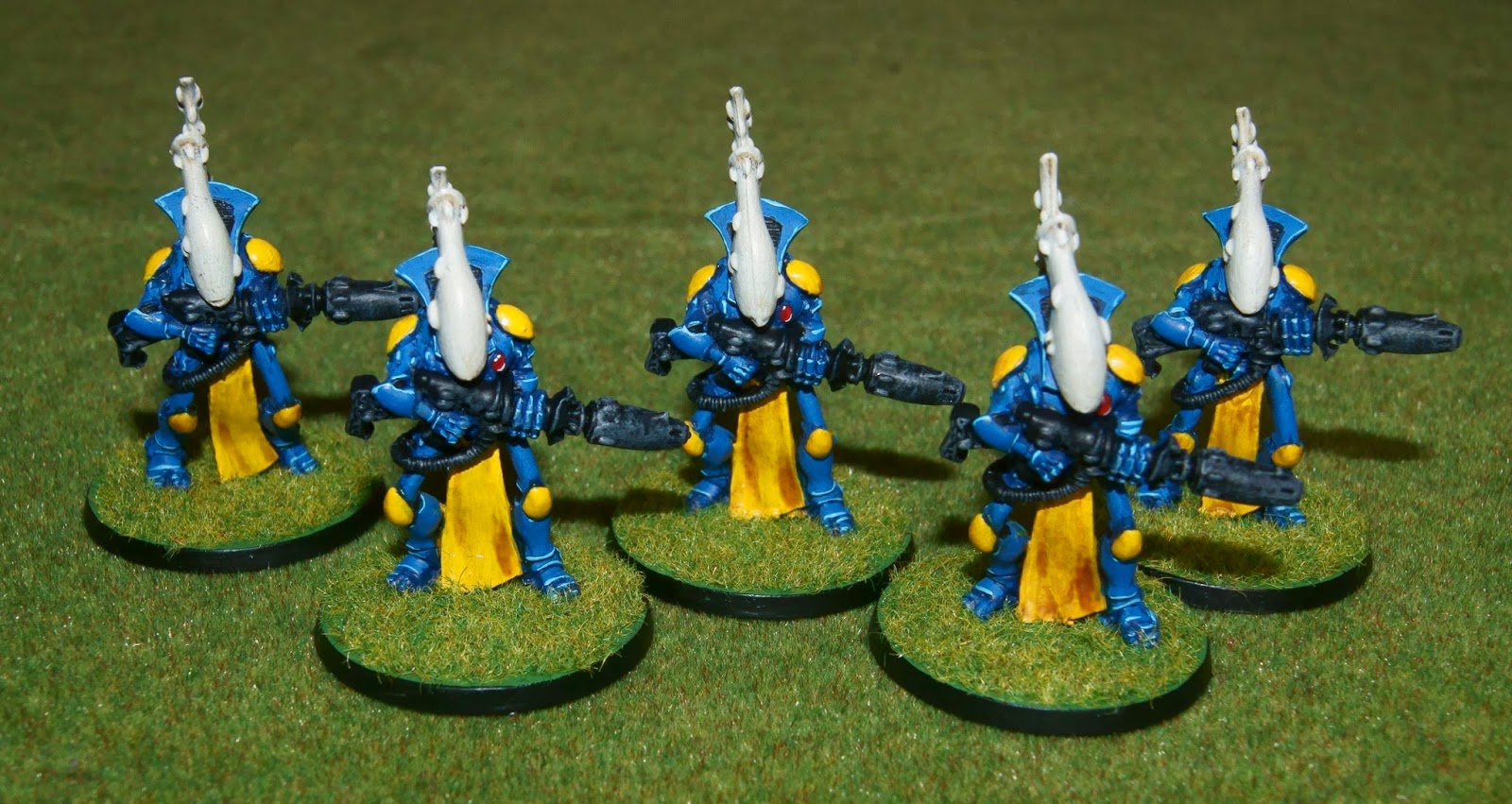 These are the old Wraithguard models and I had to rebase them so they fit with the current rules, and whilst they looked a bit big on their small bases, they look rather small on their new ones.  Still these are primarily for gaming so large bases it is.  The next unit for my eldar will be a unit of the new Wraithblades, which are a big improvement on these models. 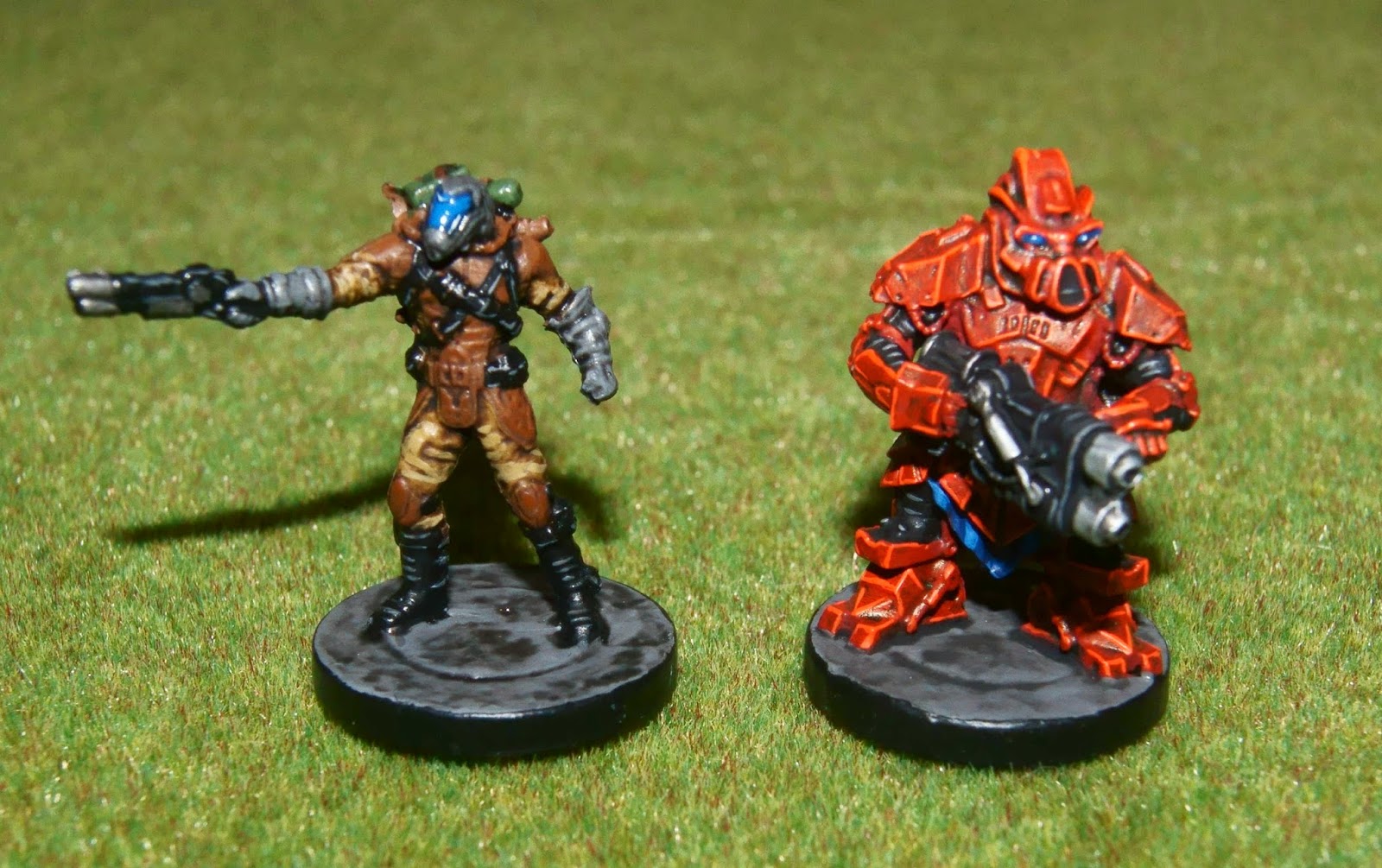 Here we have two mercenaries for Mantic's excellent deadzone game.  On the left we have 'The Survivor' and on the right 'The Helfather'.  Two rather nifty models I think, we've played quite a bit of deadzone since it arrived, but haven't yet got around to using any of the mercs, will need to try and remedy this soon.

And finally these two plastic British Sherman tanks for flames of war.  These are the company HQ for the British armoured company that comes in the open fire starter set.  Does this mean I've gone and brought yet another big box of models?  Well yes of course it does!  However I am splitting it with Mike so it's not too bad.  It also means that after a couple of years of slowly buying flames of wars minis I might finally get a game.  Full look at the boxed set coming soon.
Posted by brownk29 at 15:31:00