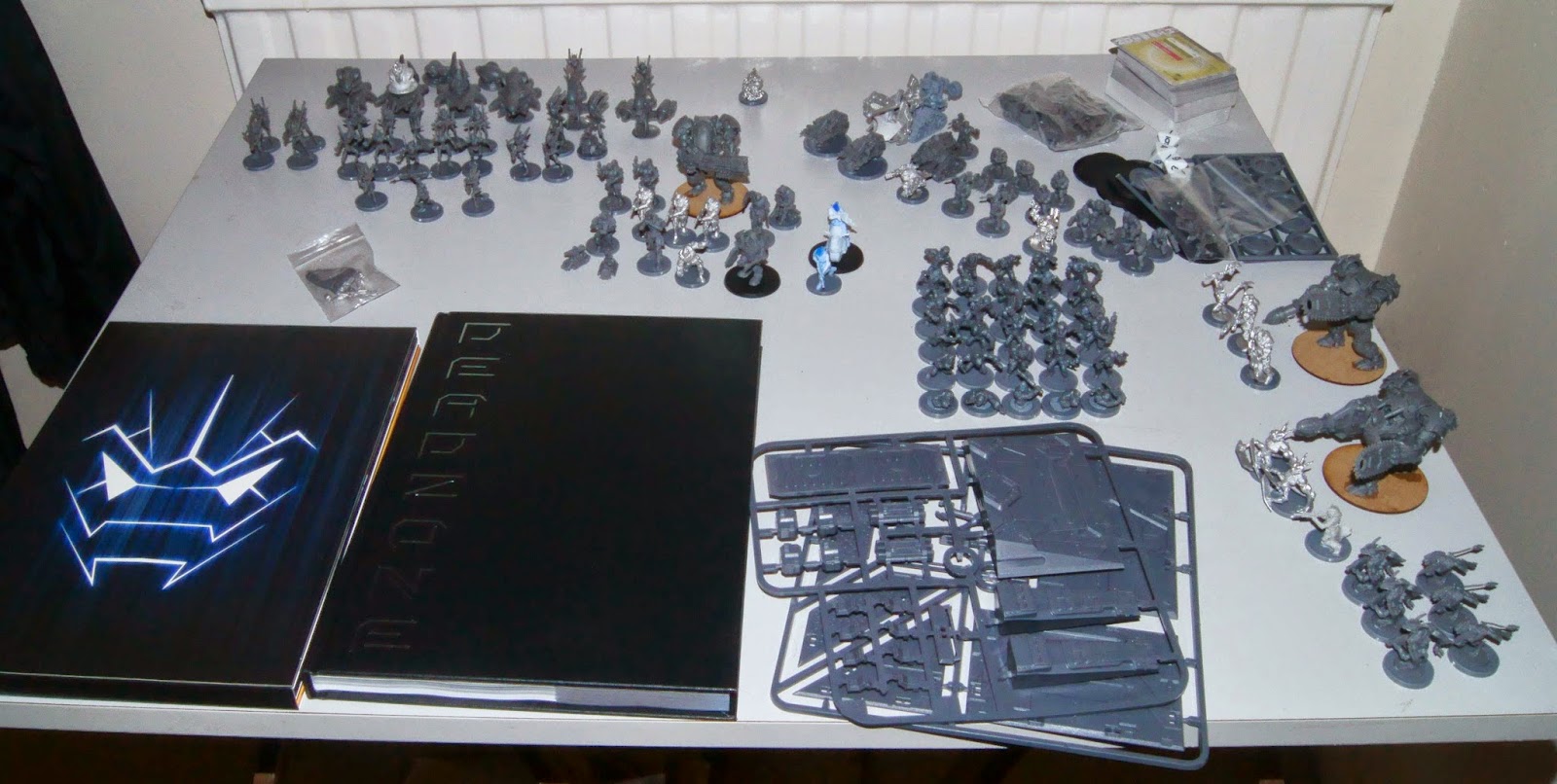 All my new stuff!

After what feels like a very long wait my second wave shipment from Mantic Games' Deadzone Kickstarter has arrived.  It's just possible that I've ordered too much stuff, with this box containing over a hundred new minis that need painting. Overall there's a lot of great stuff in this shipment, and I had a lot of fun sticking it all together, the core of the delivery are the two new factions, the Forge Fathers (space dwarves/Squats) and Asterians (space elves/Eldar).

The Forge Fathers are well sculpted and characterful minis, but aren't that original, the Asterians are a slightly different take on the space elf model with each strike team only containing a single elf leading a group of cypher robots. 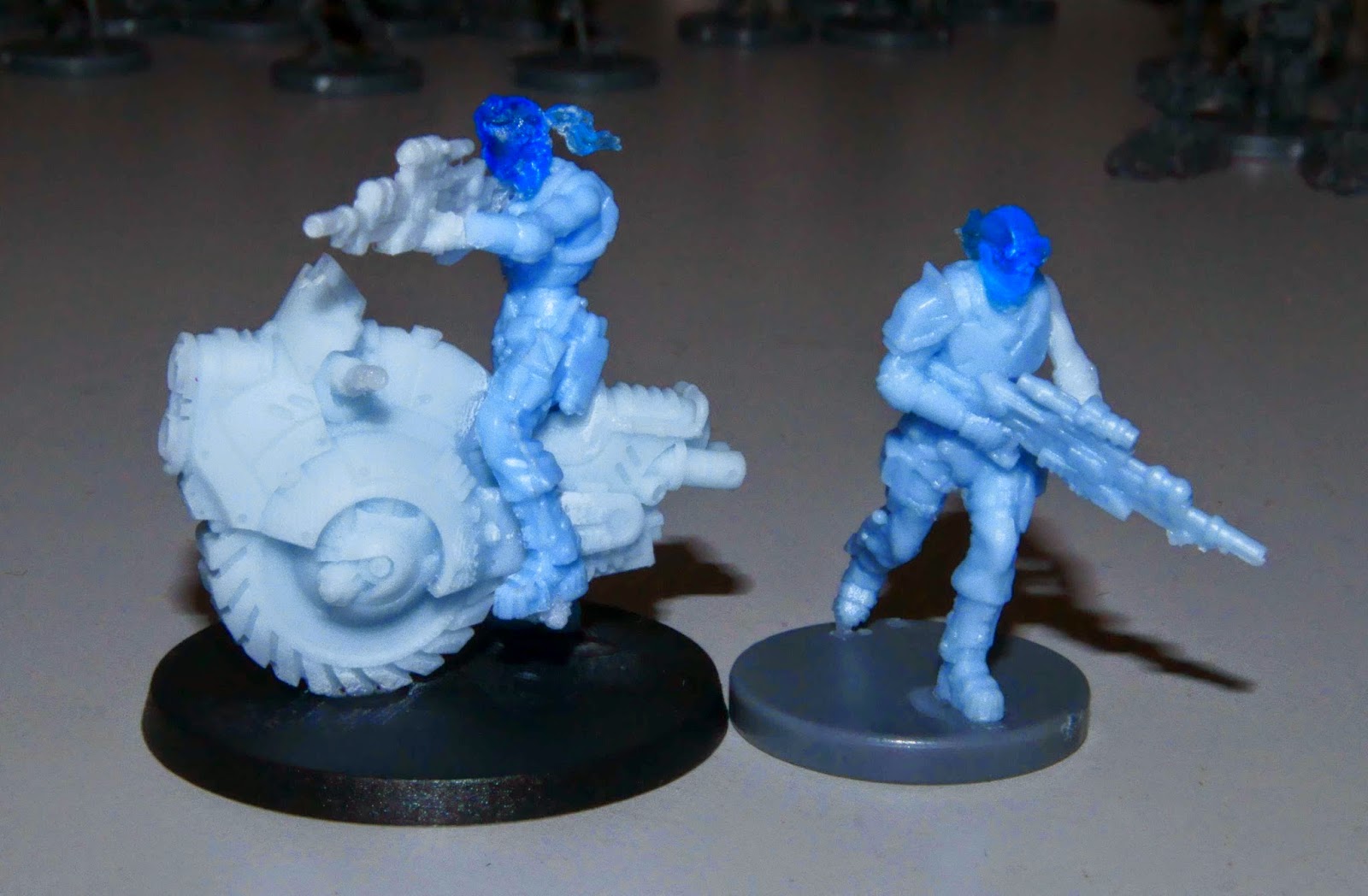 Pathfinder on bike and on foot, in multiple coloured resin for some reason 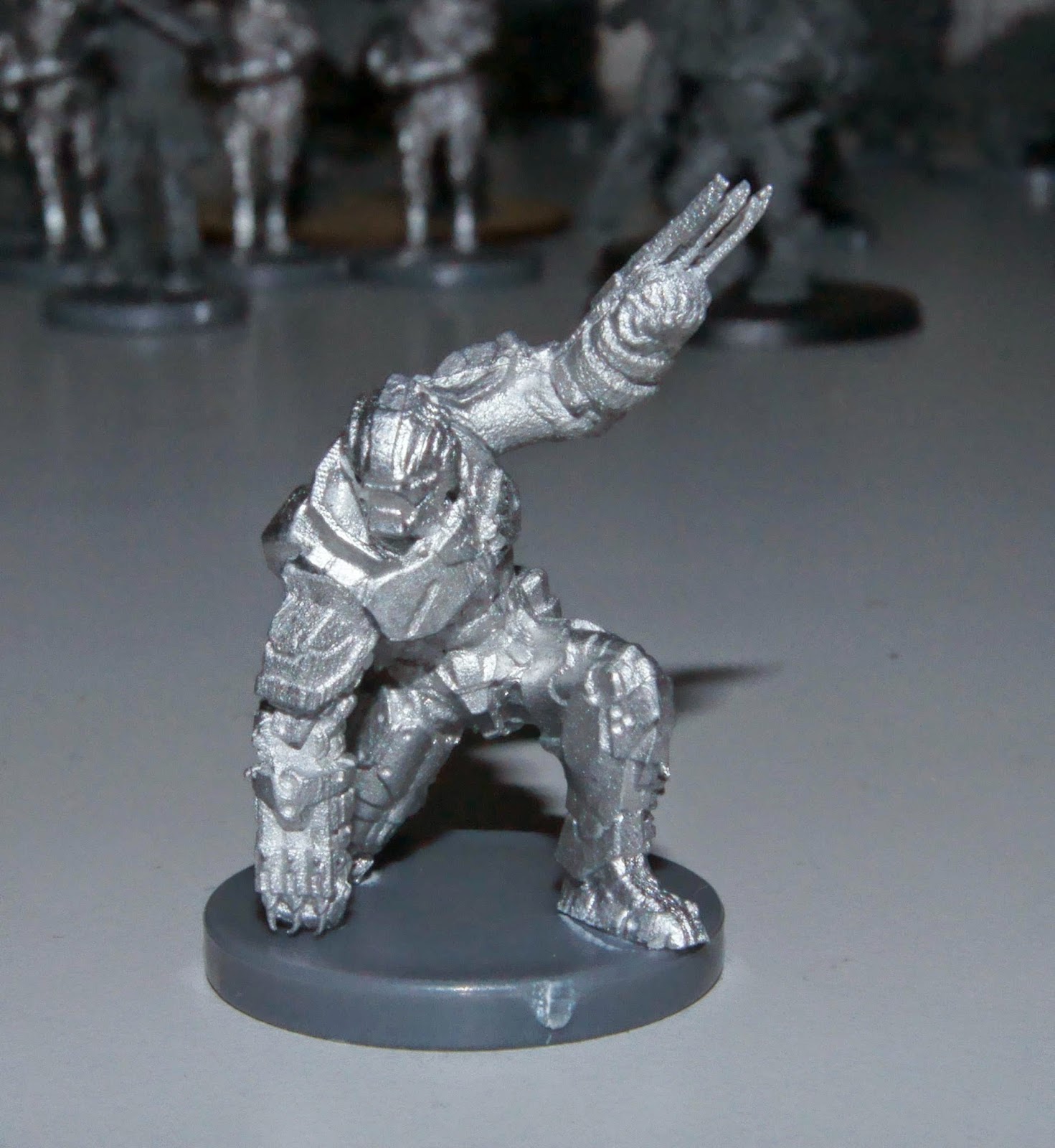 Each of the original four factions received some reinforcements as well, a single mawbeast for the marauders, plagued enforcers, sorak swordspawn and an enforcer pathfinder and enforcers with special weapons.

Enforcer, Plague and Reb Striders next to a GW Dreadnought

I've also got four striders, which are a big walker which can be used for the enforcers, rebs or plague.  I'm really pleased with these and I think they compare favourably with the styling on GW's dreadnoughts.  The kit nicely makes the three different versions look different as well.  I've not built the fourth one yet, can't decide which of the three options to use, I'm also considering trying to convert it into a counts-as stuntbot for use with the marauders.

This delivery also contains Mantics new sci-fi zombies, made in nice hard plastic.  I think the quality of these is frankly brilliant and they look great.  The sprue is slightly limited though, not as many options as I would have liked, it really could have done with another couple of heads and another couple of pairs of arms.  As I was looking at assembling my fifth sprue I had a bit of a brainwave and went and found my spare kings of war zombie parts which I used to add a bit of variety, I also remembered the base plugs that represent zombies dragging themselves across the floor, which means I managed to get another 5 'floor zombies' out of my sprues.

This mixing in KoW parts to the zombies also made me have another idea of using some of my spare warpath marauder sprues to make a few counts-as minis to represent the cards of the commando upgrade pack, which I didn't get.


The last thing I got was all the expansion books both in normal softback version and awesomely fancy hardback which was provided with a personalised book plate signed by Ronnie and Jake.  The new rules add a huge amount of playing options with all the rules for the new minis, plus multi-mat, multi-player, solo, zombie games and a whole campaign.  I can't wait to try some of it out. 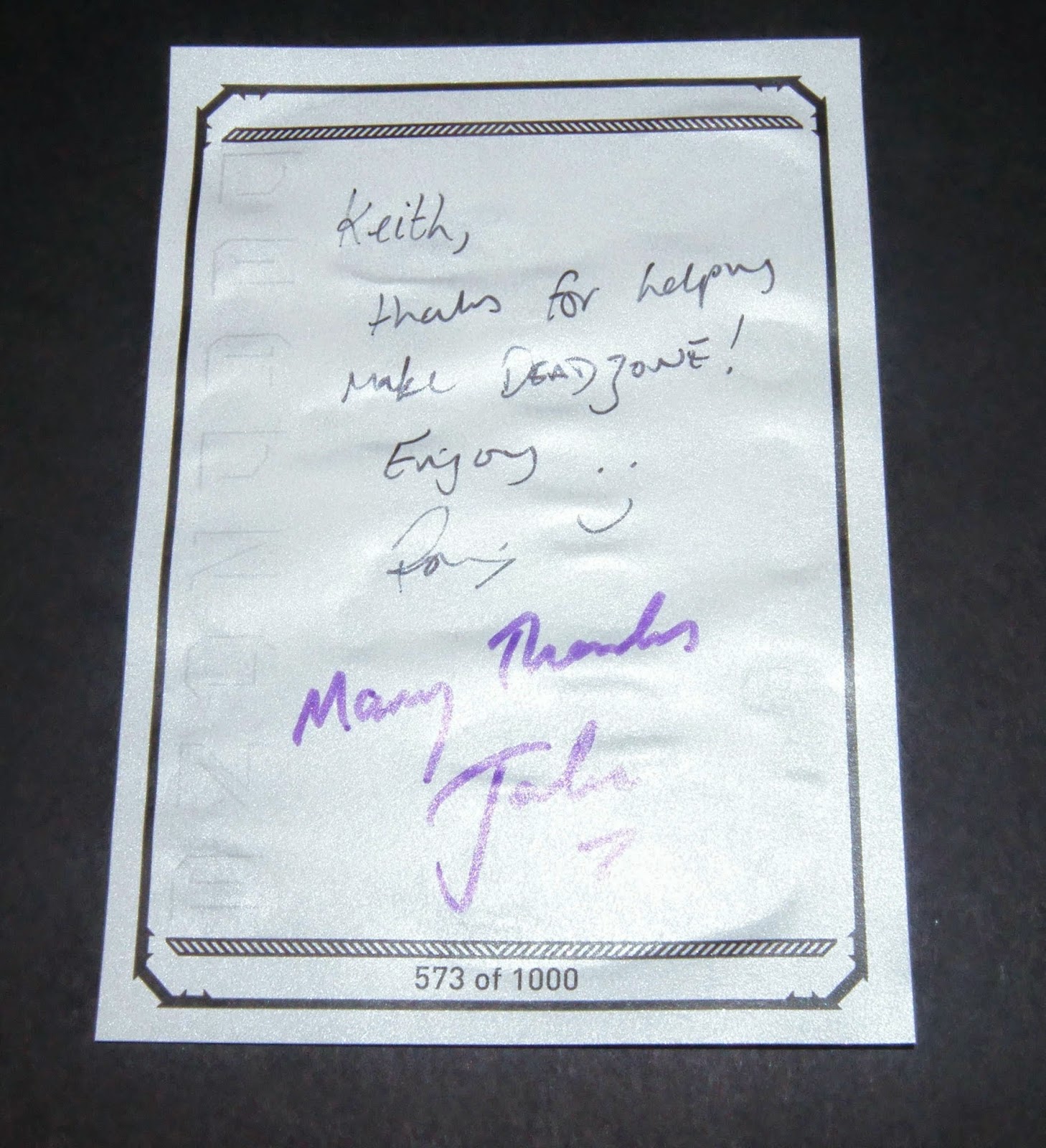 In a nice change for a Mantic kickstarter everything that was due to be in wave 2 actually arrived.  Still another wave to come though, hard plastic enforcers, enforcer peacekeepers and armoured forge fathers.  The basic enforcers being delayed again is getting frustrating as the enforcers were one of the initial 2 factions and still lack most of their support options, but whilst it is frustrating in the end I think I'd rather wait and get better quality product than a rushed bodge-job, which mantic have said was the alternative.


Right, I'd better get painting.