Welcome to part 2 of my desert island models (link to part 1), my continuing rundown of the 8 models I would take with me if I was marooned on a desert island.
1:3000 Navwar HMS Repulse 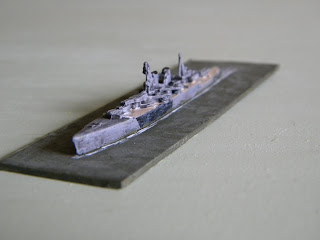 HMS Repulse is my favorite of all the Navwar 1:3000 scale WW2 ships I've been painting recently, I think its the shape of the prow that really does it for me.  These have been a joy to paint and to game with I've really enjoyed doing something so different to my normal 28mm (or even 1:72 scale) figures.  It's also raised my interest in reading about WW2 history (a period I've been lax on until now).  Normally I've bought historical figures for a period I've already been interested in, its been quite nice for it to be the other way round. 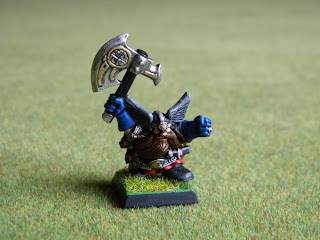 I may have labled this as Warhammer Quest Dwarf, but I've rarely used him as that, for many years though he has been the general of my dwarf army.  My dwarfs are my largest and favorite warhammer army and the wargame I've spent longest playing over the years is definately warhammer.  I remember when Warhammer Quest came out and the revolution in plastics that the 4 hero models were at the time and I feel this one in particular stands up to this day.  This model has fought a lot of battles and may even be my most used model. 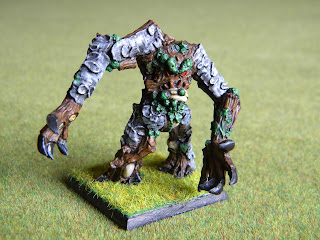 I got this for my birthday around 15 years ago and it was the centerpiece of my first proper warhammer army, my wood elves.  I still have that army although your unlikely to find any pics of them on here in their current state.  This models current state is from a repaint I did six months or so ago.  The reason I've always loved this is that it's always been clearly an ent (this was before the lord of the rings range, but I still think its  an ent really) and the ents have always been my favorite race in Lord of the Rings, I also love nature and I see these as a personification of that.  The other reason this model has made my list is that it has had a dual use over the years, it's also doubled as a treeman star player for my halfling bloodbowl team, unfortunately bloodbowl has been relagated to a 'specialist' (ie no support) game, but I still love it and I really wish GW would do some more smaller fun games like this. 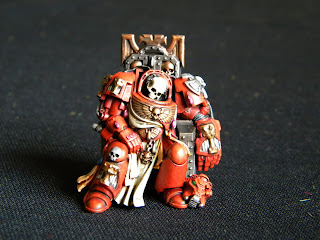 This is just so cool, all the terminators from the 3rd limited edition of Space Hulk were excellent, but this just clinches it for me.  What is also somehow good is that this model serves no real purpose apart from looking cool.  In the game you have to get to this guy and recover the chalaice at his feet, gamewise the chalaice is what's important and this guy could have easily been left out, but I'm glad they included him.  The 20th anniversary edition of Space Hulk demonstrates to me everything that is wonderful about GW products and reminds me that they can do things right when they can be bothered.  The models, gameplay and production values were all fantastic and I think the price was reasonable as well.
My book would be Lord of the Rings (unoriganal I know) and my luxury item would be my acoustic guitar.  So what if I could only take one of my 8 choices?  well it would have to be the Zulu war British infantry, they really were that important to my hobby developement.
Posted by brownk29 at 19:21:00