Mantic games have finally annouced their sci-fi game that we all knew was coming and its called warpath. 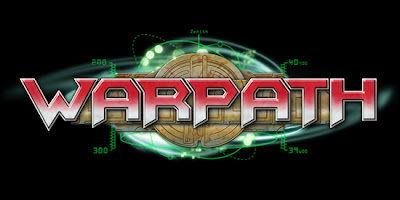 All we have to go on at the moment is this logo and the few leaked sketches on beasts of war a few weeks ago.  I'm going to be keeping an eye on the progress of this and hope mantic manage to pull another winner out of their magic hat.  A major factor in its success will undoubtably the model range that accompanies it and the factions in the game, the only faction which we know will definately be in the game are space dwarfs (although I'm sure humans of some sort will appear as well) or as we used to call them, squats.  Like I like dwarfs I also like squats, I've only managed to pick up a few over the years as they're very expensive, and I'm looking forward to the new range from mantic. 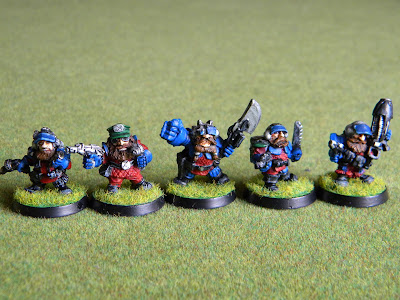 So left to right with have a comms squat, a sergeant, the commander, a medic and a special weapons squat.

The origonal plan was to use these and two squat squads as a counts as imperial guard platoon to ally with my space marine army, so far I've only managed to get the command squad and one other 10 man squad, and to be honest I've not played 40k in a while. 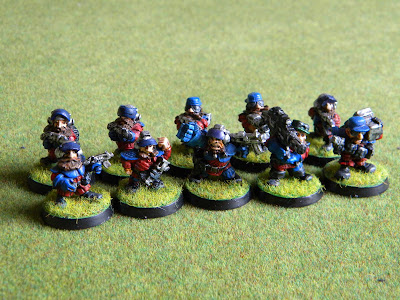 This is my full 10 man squat squad with lascannon team (the two on the right of the front line).﻿
And finally one of my all time favorite models, whilst not quite a squat he's close enough. 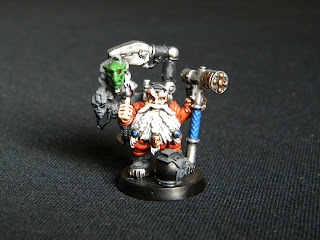 The White Dwarf in space, the 2010 white dwarf subcription model, its just an awesome fun model with lots of nice little sci-fi references.
Posted by brownk29 at 14:57:00