Deadzone is a new sci-fi skirmish war/board game from Mantic games set in their warpath universe.  I supported the kickstarter and got my copy of the game, plus loads of extras around 6 weeks ago and after around 15 games I now feel confident enough in sharing my opinion of the game with you.  There are many different versions of what you get in the boxed set, with differing levels of terrain and miniatures, so I'm just going to concentrate in this post on how the game actually plays. 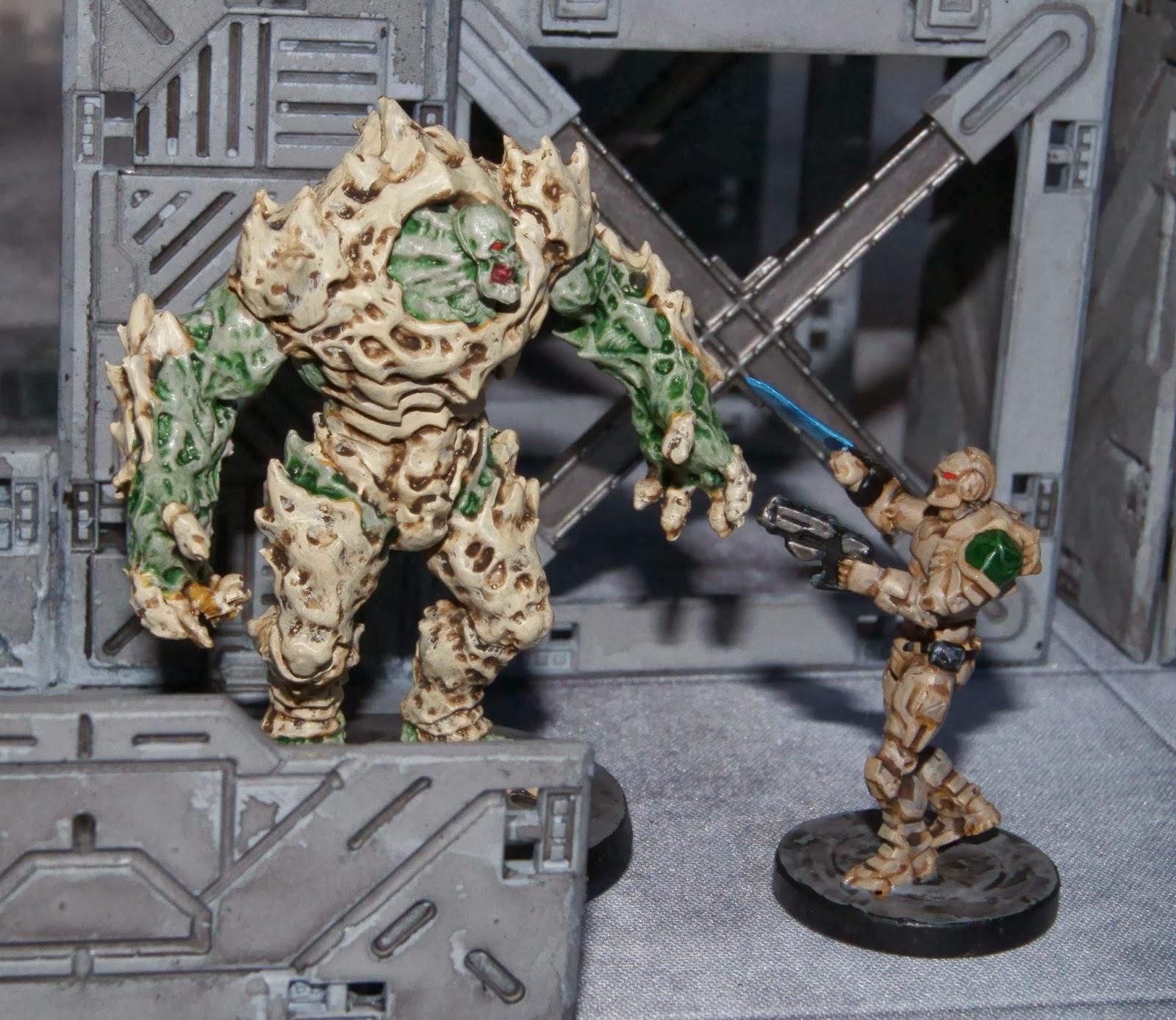 Deadzone is played on a 2'x2' mat divided into 3" squares, actually that's not entirely true, the game 'space' is divided into cubes which allows for combat over multiple levels.  Every piece is in a cube, and there is no measuring exact distances, just how many cubes pieces are apart.  But interestingly your exact position in a cube also matters and defines things like line of sight and cover.  This puts deadzone in a odd category, being neither truly a wargame or a boardgame, but something in between, so much so that I have successfully transplanted across strategy's that I've used in the past from both Star Wars Miniatures and Mordheim.  The fact it's 2'x2' is good as it will fit nicely on even quite a small table.

Each miniature can take either two short or one long action during its turn, and every figure can act once in a round.  These actions range from your obvious move, shoot, fight to more interesting things such as command (potentially very useful, but unreliable) and blaze away.  Blaze away is one of the interesting tactical elements of this game, instead of shooting carefully at someone you 'blaze away' at their cube in an attempt to suppress them.  This rarely causes damage, but if you can stop a powerful piece in its tracks that can be more useful in completing your mission.

Most actions are resolved with an opposed test, when you roll a certain number of D8's (normally 3 before bonuses) and try to beat a stat, your opponent does the same and you compare the number of times each of you beats your target to see what happens.  All bonuses add to the number of dice you roll and don't modify individual dice.  The game also has an exploding 8 system meaning everytime you roll an 8 you get to roll another dice, this allows for some crazy results.  it's all very similar to dreadball in the way it works (except using D8's instead of D6's) and it works well, especially in that it allows the stats of both figures to come into play without having to have huge comparative tables the way warhammer does.

Command can play an important part in the game too, as well as the command action mentioned above the top command rating in your squad determines how many battle cards you draw a turn and perhaps more importantly how many miniatures you can activate at once.  Deadzone isn't an I go, you go system, each player can activate a number of figs upto your command limit before handing over to your opponent who does the same, activating most of your team at once can bring big advantages, mind you the commanders with high ratings aren't cheap. 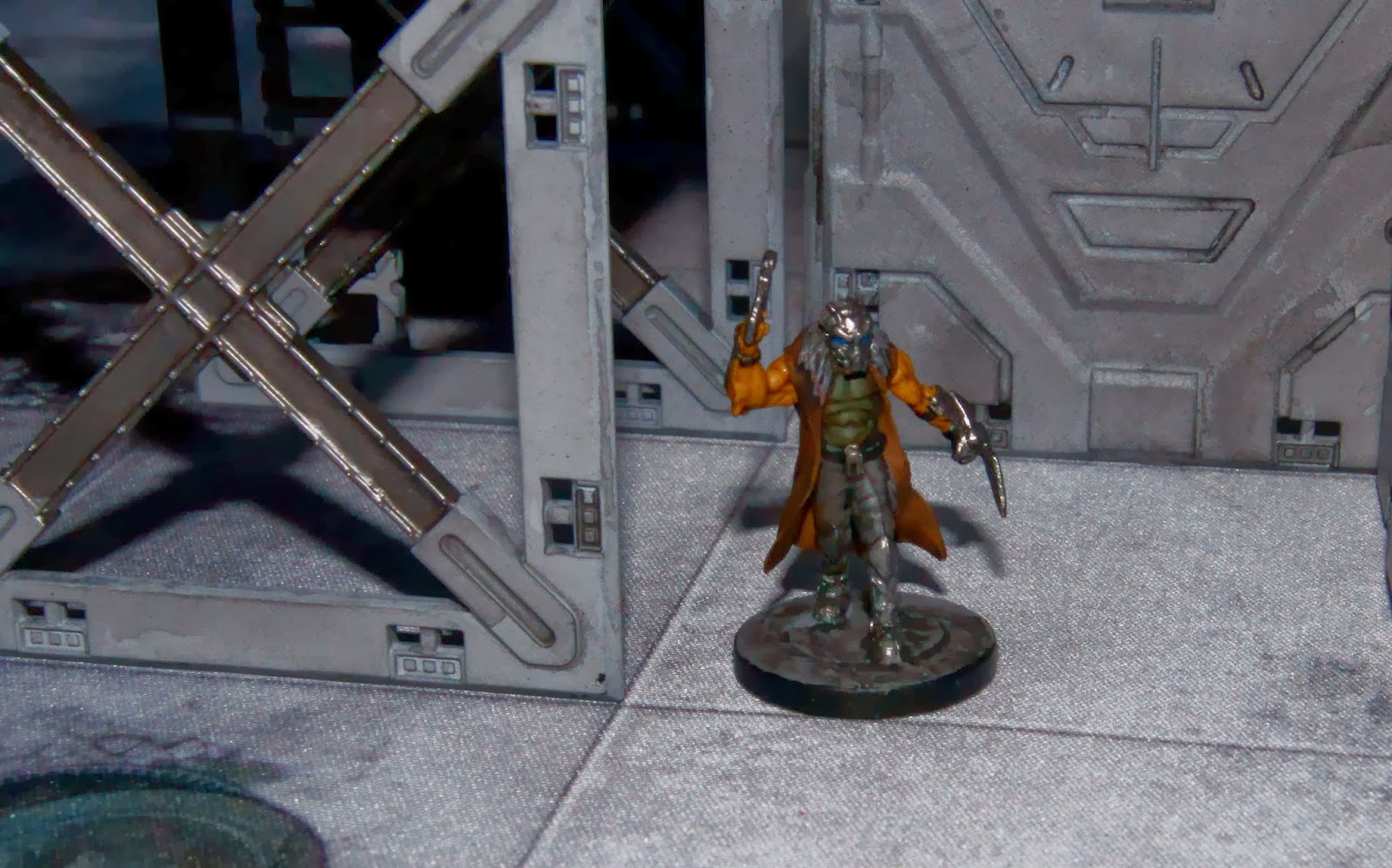 The game contains three types of cards for each faction, stat, battle and mission cards.  Stat cards obviously contain all the stats needed to use the models.  I like the fact that they're on cards as it makes for easier referencing in game, and it makes it easier for mantic to add new troop types without the need for a new book, only a new card.

Each faction also has a battle deck which allows you to add that extra little push to your troops during the battle, to make them better shots, tougher, quicker etc.  It adds an element of tactical card gaming as well, do you use all your hand now or save the more powerful cards for later.  Overall th cards are dominating and just give that extra 'edge', we've found an exception though in the 'distract' card that allows you to activate one of your opponents minis.  When you only have 6-8 minis this can be more than a tad frustrating.

The mission cards are another interesting feature.  Each faction has its own set of mission cards that they draw one randomly from.  These range from capturing objectives, infiltrating, collecting resources, surviving or just plain killing.  The interesting twist is that you don't tell your opponent your objective till the end of the battle, which can result in an interesting game as you know how well you're doing, but not how close they are to winning.  Inevitably some missions are easier to achieve than others, I wouldn't recommend this as a tournament game. 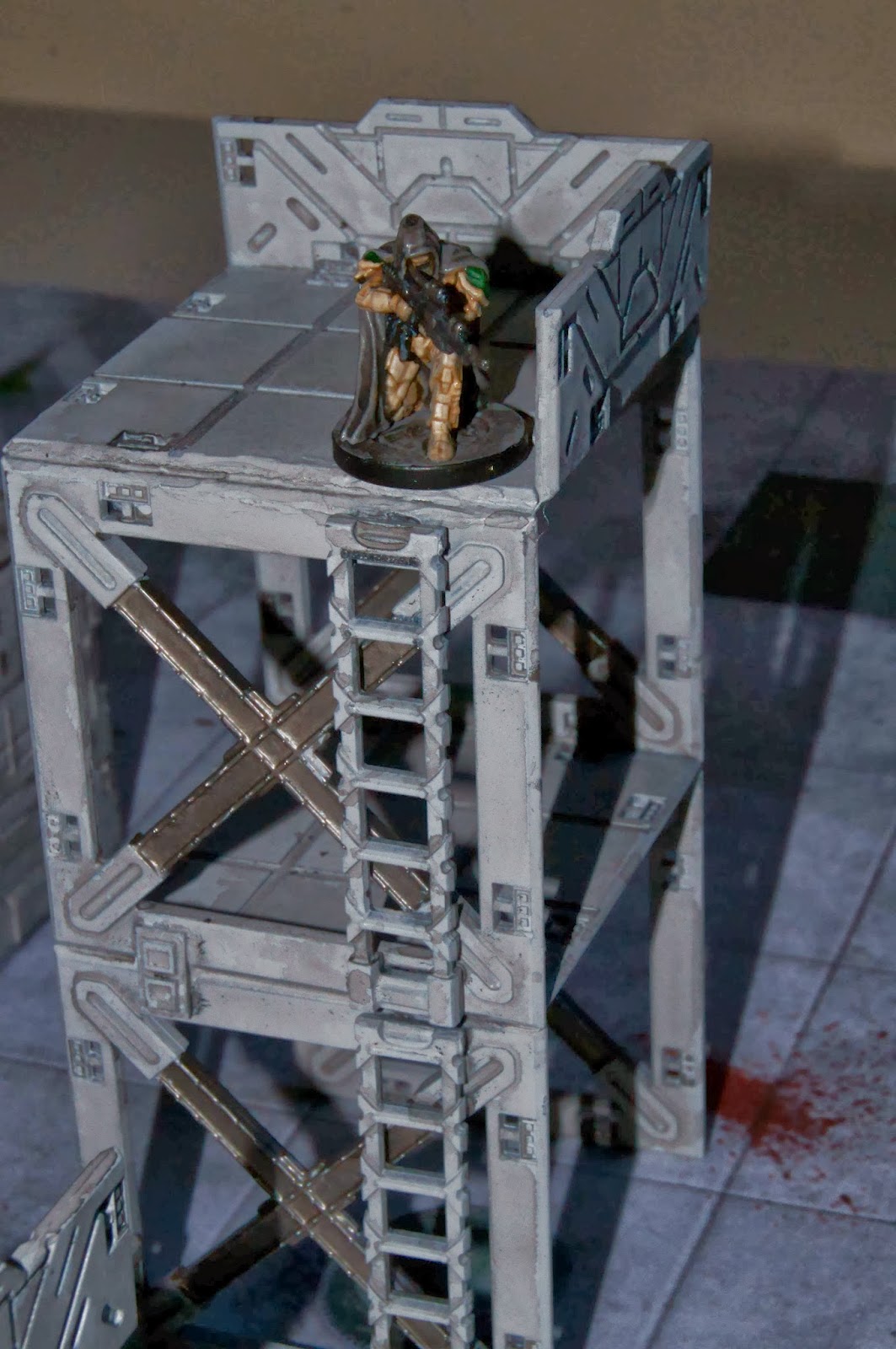 It's quite a complicated game actually, more than I expected, but at this scale it works well and adds depth.  a few mistakes at firt but soon got the hang.  Sometime in the spring as part of the expansion of deadzone rules will be forthcoming for larger battles and for including light vehicles, I do worry a bit if the game will cope with the extra size and complexity without starting to bog down.  One small complaint at the moment with the game is that there are too many tokens, even at round 8 minis a side the board quickly becomes swamped with cardboard chits, that are both a pain and don't add to the atmosphere.  Another issue is that the printing of the counters is slightly off so we can tell which if the objectives is which even when upside down. 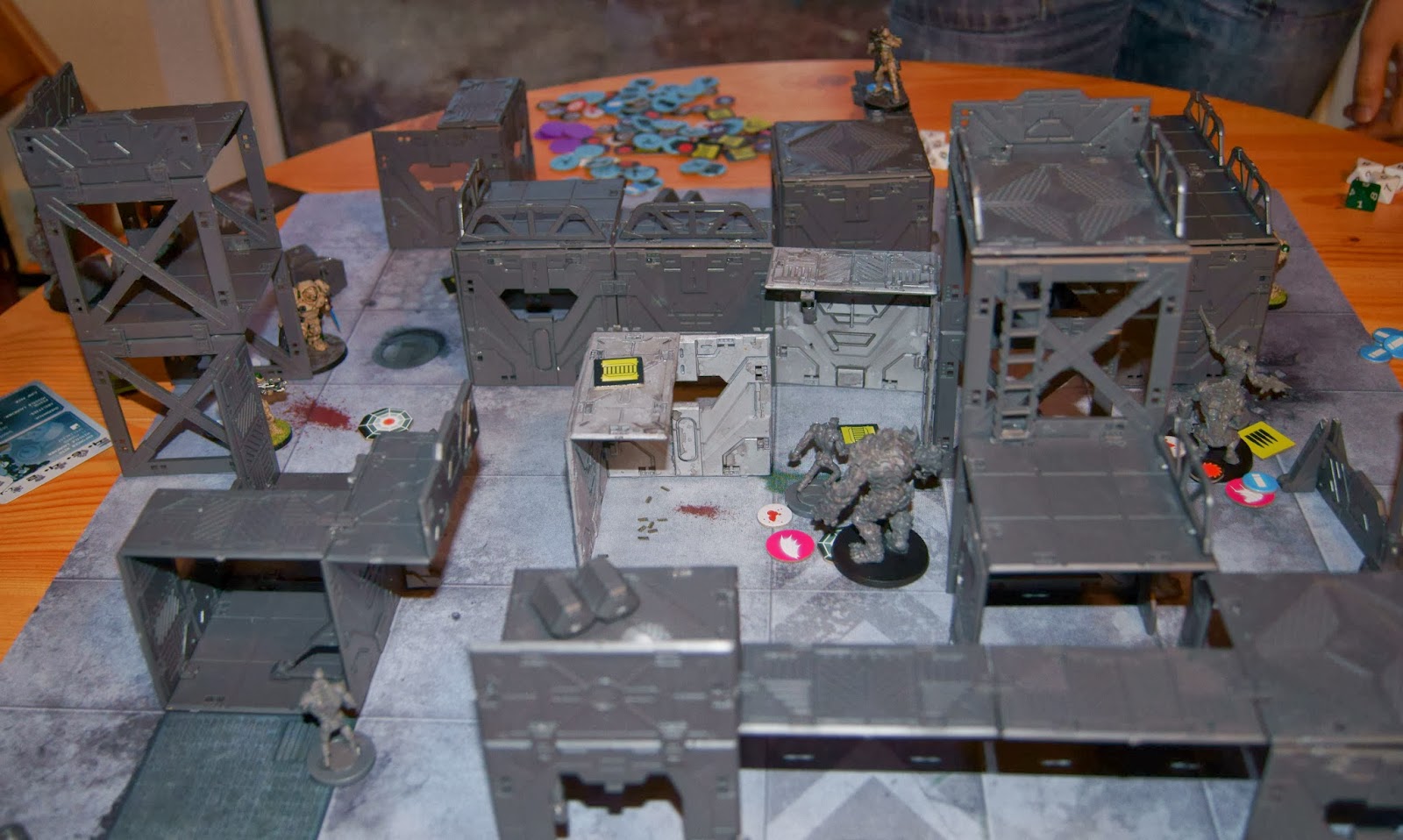 The starter set will come with either 2 or 4 factions depending on which version you get.  All the starter sets contain more models than you need to play a standard game, which is great because even without ever buying anything else you still have options and variety in your force set-ups.  The factions all play differently, and although we've seen all 4 win there is definatly differences in the learning curves.  The Enforcers are a lot easier to play with than the Rebels.  I don't think this is a bad thing though, having trickier to use, but still effective, factions will keep the game interesting for longer.

The rulebook comes with a complete mordheim/necromunda style campaign system, although I've not yet had a go at this.

There's a lot more to come yet as well, rules will be forthcoming for bigger playing spaces, solo play, two new factions, zombie hunting and a narrative campaign.  All of which should keep us playing deadzone for some time to come.