I've just put the finishing touches to my second batch of WW2 Free French Naval forces in 1:3000 scale today, which means the fleet is nearly complete, I think I'm missing the Battleship Lorraine, the cruiser Duguay Trouin and two Bourrasque class destroyers, all of which I will add to my fleet in a couple of weeks when I put my next order in.

I've also posted a 'page' today with my list of which French ships I'm allowing myself to use in my Free French fleet for Victory at Sea.  It's a work in progress and currently just lists the ships in each class that joined the Free French (mainly according to wikipedia, if anyone with more knowlege than me spots an error please drop me a comment), hopefully over time it will expand to include a brief history of what each ship did in the war and the dates which each ship served with the Free French.  A link to this will remain in the sidebar. 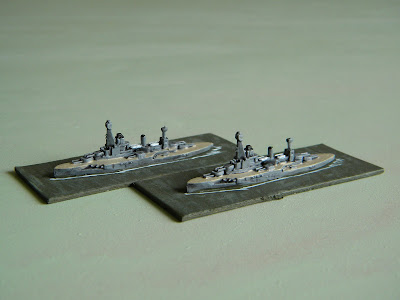 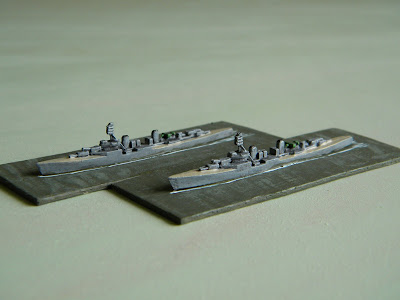 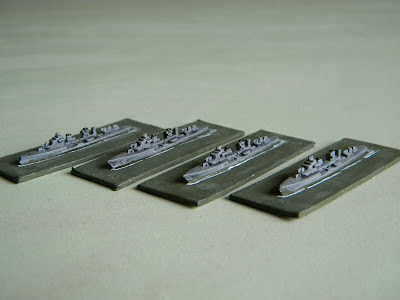 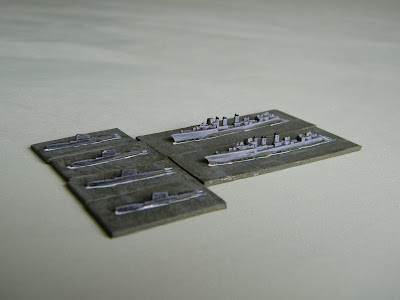 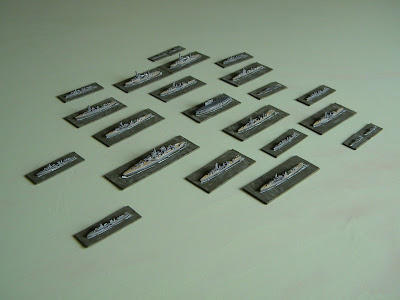