As we're nearing the end of dwarf week I thought it was about time for some core infantry, but then I couldn't resist throwing a few more interesting things in at the end. 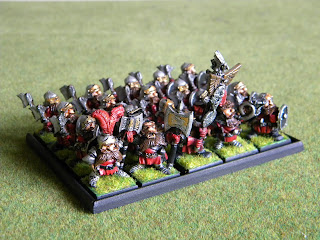 This is an old regiment of renown, 'prine ulther's dragon company', includes a hero (prince ulther) as well as full command group.  They're actaully modeled with two pistols each as well, if only I could still feild dwarf infantry armed with two pistols, but I'm really found of this unit and they still make a nice rergiment of warriors. 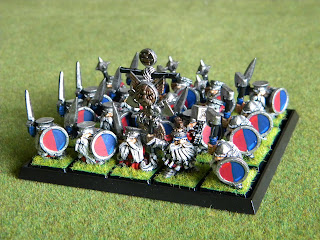 Here we have a regiment of classic longbeards. 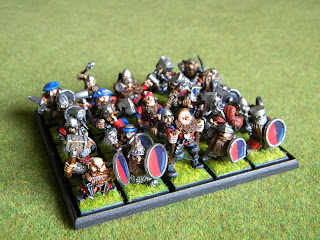 This unit of warriors isn't so much a unit as a collection of metal dwarfs that don't have a specific home, still it seems other poeple like it as it always gets commented on, of particular note is the dwarf on stilts that I use as the units standard. 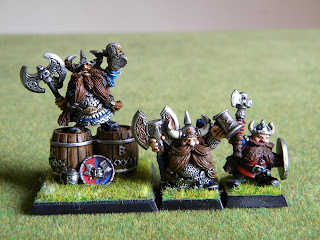 Now we get to the beer part of the post, the renowned brewmaster joseph bugman in various forms.  On the left the origanal Bugmans bar bugman (theres now a newer version throwing a chair that I've yet to acquire) and then moving left the 4th ed and 3rd ed versions (I actually have units of rangers from the same ranges to acompany both of these).  I think my favorite is the 4ed. one in the middle.
﻿ 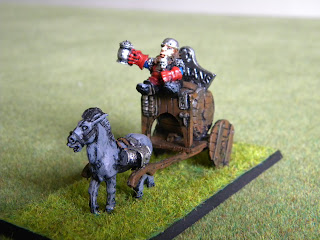 And finally bugmans cart transporting beer to all the imporatnt places, although with a drunk driver by the looks of things.
Posted by brownk29 at 12:12:00