The last few additions to my Free French fleet today, all leased from the British.  They're not in the French fleet list but come from the Royal Navy list, so I will need my opponenets permission to use them, but they're all minor ships so I can't see it being an issuse. 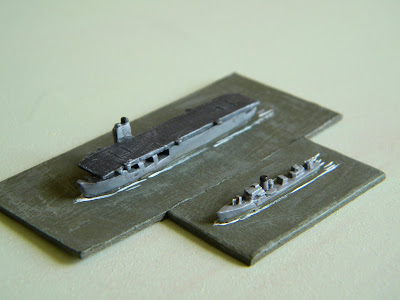 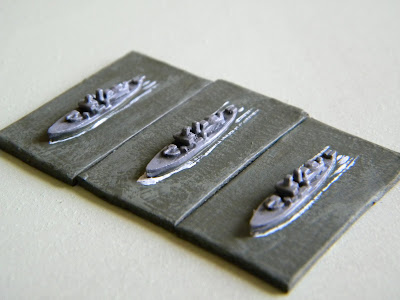 Next up 3 flower class corvettes, the Free French fielded 9 of these ships, origanally I planned to get seperate ones for the Free French and RN, but in the end I've decided that they can be multi-use, as at this scale they're so tiny so as not to be really distingusihable. 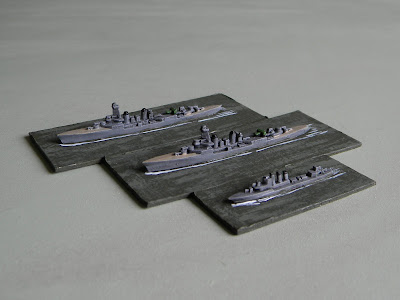 And finally 3 ships that aren't part of my Free French fleet, but are French vessels that came in packs with ships that I needed for the Free French.  We have the two Duguay Trouin class cruisers La Motte-Picquet and Primauguet along with a Bourrasque class destroyer.  I've painted them up in case we do a battle set before the fall of france where they could be used with my other french ships.
Posted by brownk29 at 19:37:00