After I finished at HMS Belfast the other day I then headed over to the Imperial War Museum, probaly the only big museum in London that I've not been to before.  So does a museum on British warefare from 1914 to the present have anything of interest to the wargamer/painter/history enthusiast?  Yes of course its full of interesting & relevent (to this blog) things.  The entrance itself is impressive with its two 15" guns (taken from the battleships HMS Ramillies and HMS Resolution), having just come from HMS Belfast and being impressed with its 6" guns the sheer scale of this was quite awe inspiring. 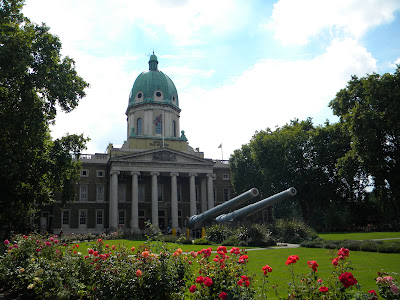 Going inside you walk into the large exhibits hall which is full of tanks, feild guns, rockets and planes.  This is the best bit of the museum, I'll be honest I went to see the tanks really.  For me the highlights of this main hall were: 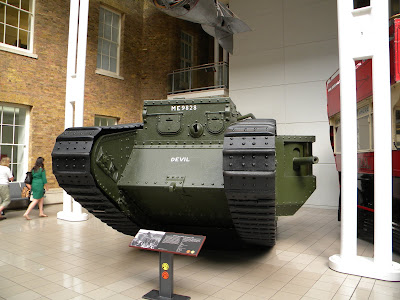 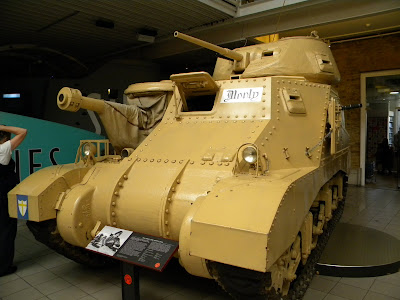 A Grant tank used by Monty as a command tank in north Africa. 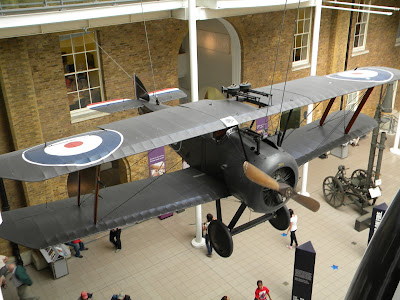 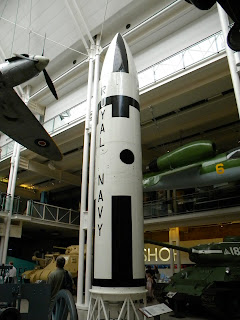 A Polaris Missile, for years the source of the UK's nuclear deterrent.
The basement has the galleries on British warefare from 1914 to the present, understandably focusing on the two world wars, but it does cover all the conflicts upto gulf war one.  The history itself is a very general overview and to be honest I didn't learn that much, but the galleries are stuffed full of artifacts, loads of uniforms, models and weapons amongst over things.  It was all very dark though so made photography a pain.  It's an interesting place to mill around though and there are some impressive large scale ship models. 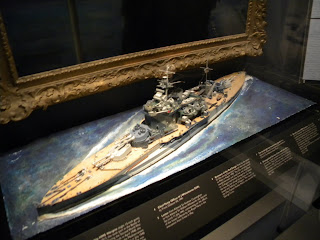 A model of HMS Warspite.
The other thing that impressed me was the Lord Ashcroft gallery at the top of the museum housing 210 Victoria Crosses.  Each medal is presented with the story of why it was award, I didn't read all of them, but there were some truly astounding acts of bravery.  I got all the way to the end of the gallery (the Chard VC awarded for Rorkes Drift actually) before realising I'd not actually looked at a single medal yet and had been captivated by the stories.

Like most big state run museums in the UK the Imperial War museum is free to visit, if your near London you really should go pay a visit, I'm not sure why its taken me this long to go.
Posted by brownk29 at 18:00:00