I've got a week off, but I'm not going away, but rather than sit around all week I've decided that a couple of day trips are in order, the first of these was to the city of St. Albans a quick 30mins train ride away for me, theres a lot there for a small city and I crammed quite a lot in to my day out. 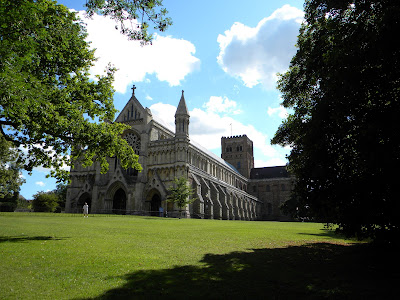 First stop was the famous St. Albans Cathedral containing the shrine of St. Alban himself.  I'm not a religious man but the art and architecture in English cathedrals never ceases to amaze me.  It was a lot bigger than expected and started life as the Abbey church for St. Albans Abbey (which for 300 years was the most important abbey in the kingdom), only achieving its cathedral status much later. 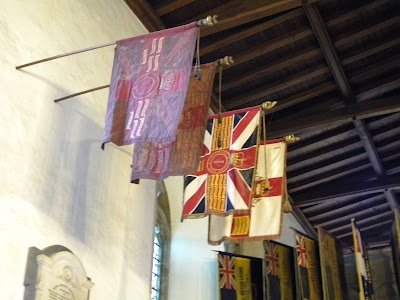 One of the highlights of the cathedral were these flags which are the colours of the local Bedfordshire & Hertfordshire Regiment.  It also had a small museum section with the history of the cathedral, with some artifacts and silver from the cathedrals treasury. 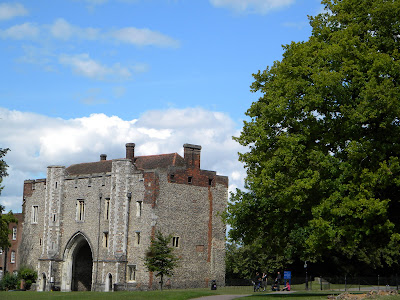 Just outside the cathedral is this building which was once the gateway to the abbey grounds and is now part of St. Albans school.
Next I headed to Verulamium park which is a big green space where the Roman city once stood, most of it is gone now (the stone was robbed by the saxons and normans), but does contain a small section of Roman wall and a big long one (which is now lined by trees and is a nice walk). 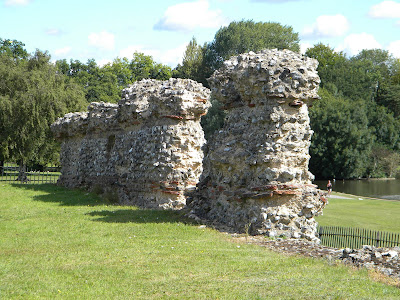 I'm always impressed by the sheer thickness of Roman walls.  I also noticed the same layered construction techniques that I saw in the Roman walls at Porchester castle earlier in the year.  Verulamium park also contains a mosiac/hypercaust now covered by a small building.  It's a really rather wonderful civic space actually, it has history, sports facilities and a duck pond.  After all the troubles across England last week it was really nice to see a comunity enjoying itself on a sunny day.
In the corner of the park is the Verulamium museaum which houses finds from around the old city.  Its mainly about how the Romano-British lived their lives, and there's a lot of pots.  The highlights of the museum are the spectacular mosaics. 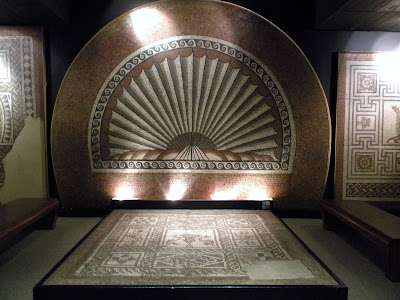 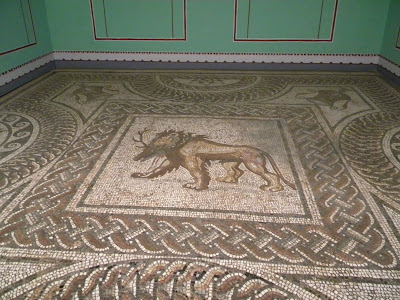 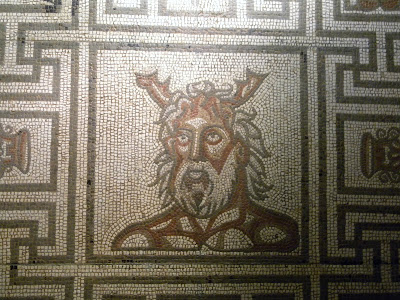 There were also some Roman dice (which were basically the same as our dice), and bronzes of various gods that would have been used in peoples private shrines, but I'll be honest to me they looked a lot like miniatures (it's an obsession I know). 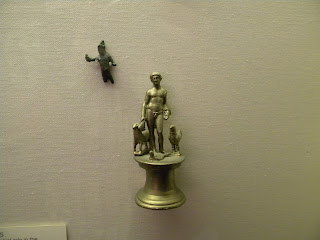 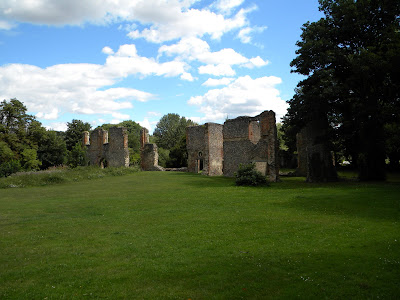 It's just a ruined house in a green space, and unfortunately theres no information there at all, not one information board, there was some information in the museum of st. albans about the man who built it though.
The final destination of the day was the museum of St. Albans which tells the history of the city after the Romans up to the 20th century.  Its a typical local museum really, very similar to my local Bedford museum (although smaller) to me all the most interesting stuff was in this one cabinet. 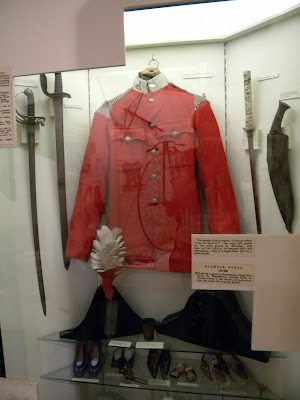 The jacket in the centre is from the Hertfordshire Yeomanry, on the left there is a chinese sword with an ornate ivory handle and a gurhka's knife, and hidden away at the bottom where these toy soilders made in Germany in the late 19th century. 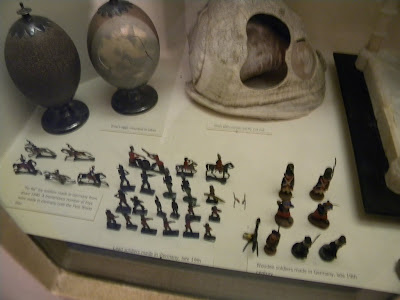 The conclusion then, if you have an interest in history you could do a lot worse than a day out in St. Albans.  It was cheap too, of the places I visited only the Verulamium museum had an entry fee, which was only £3.80 for an adult.
Posted by brownk29 at 19:29:00