I've never actually been to salute (or any large convention for that matter, something I hope to remedy next year), but the other day I picked up a bargin on ebay, two salute collectors models.  The '09 Zulu War one featured below and the '06 Arthur vs Mordred (only assembled and undercoated so far).  The Zulu War one in particular is a fantastic little model.  I've painted the British soldier with the green facings of the 2/24th and imagine that the action is from Rorkes Drift, even though it doesn't specifically say so. 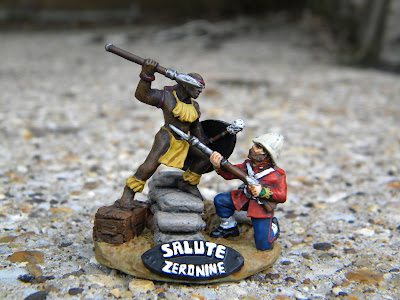 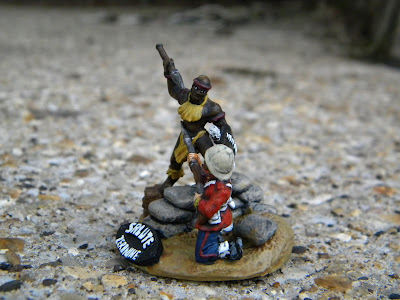 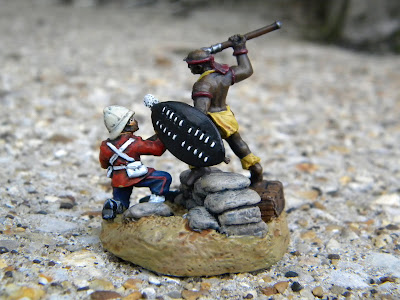 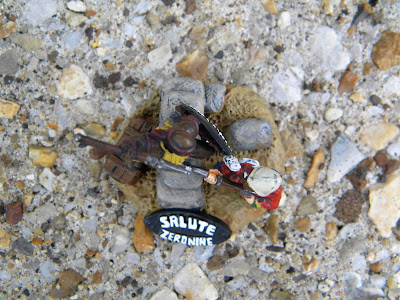