From The Painting Table 7

A few more bits and pieces that I've finished recently today, first off another model from salute that I bought at the same time as the Zulu War piece. 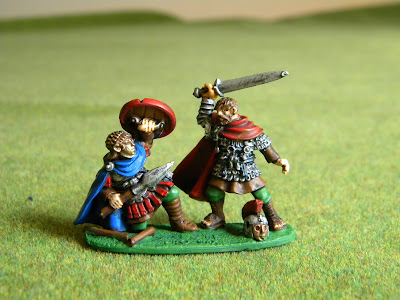 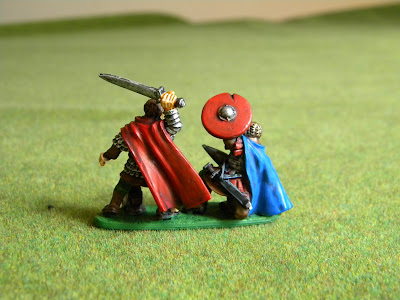 This is the Salute '06 collectors model, I didn't go to the show but picked this up on ebay, it represents the death of King Arthur and Mordred at the battle of Camlann. 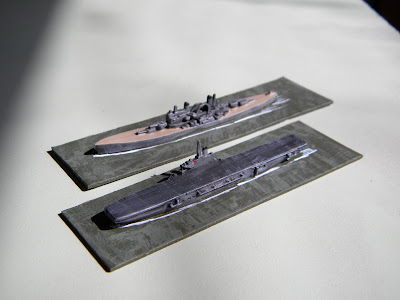 A couple more 1:3000 scale ships from Navwar, both for my Royal Navy fleet, although not strichly for WW2, as the carrier HMS Albion was launched after the war, and the battleship is an imgainary HMS Sternguard allowing me to feild a second Vanguard class battleship, these are both for a small campiagn we're planning assuming that the war with Japan went on past 1945. 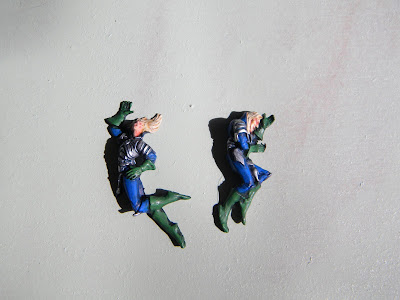 These are the dead elves you get in Dwarf Kings Hold: Green Menace, they have no use in the game (unlike the dead dwarf in Dead Rising), but I've half written a scenario that will use them which will hopefully appear on the blog at some point. 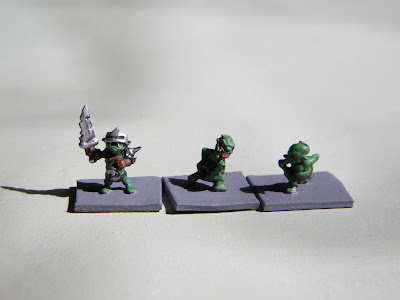 A few more bits of the sprues from DKH: Green Menace, this time some little 'orclings'  these are really cool little extras full of character, I'm trying to come up with a use for them in a scenario too. 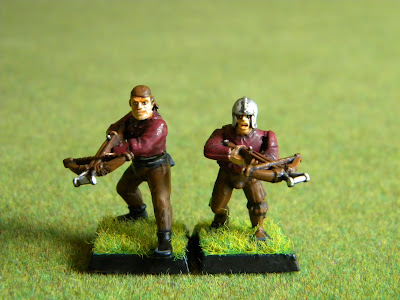 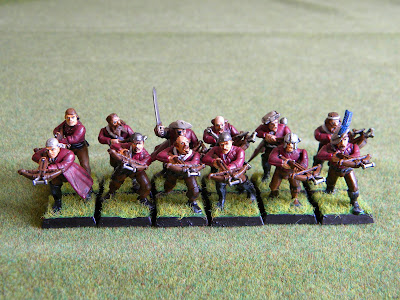 The crossbowmen taking their place in the regiment
Posted by brownk29 at 15:18:00