Airfix kits from the World Wars

Over the last couple of weeks I've also been working on a few airfix kits, HMS Belfast isn't finished yet, but I have finished and painted a couple of WW2 British vechicles. 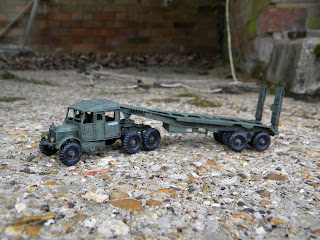 This is a Scamell Tank Transporter in wide use by the British in northern France.  This was an ejoyable kit to make and I'm not sure why but I really like the style of the cabin. 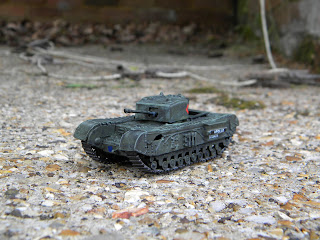 The second kit I've just finished is this British Churchill tank (I need something for the tank transporter to transport).  Its not my best made kit, I stuffed up the tracks and they're at a bit of a funny angle on the chassis, I'm actually tempted to turn this into a wreck and buy another one and try again. 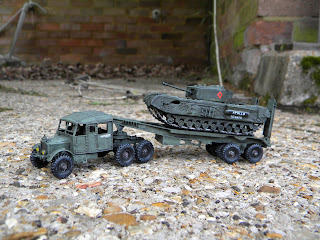 The tank being transported.

About a year ago I had my last airfix 'phase' but that concentrated on WW1 and I built the following couple of kits. 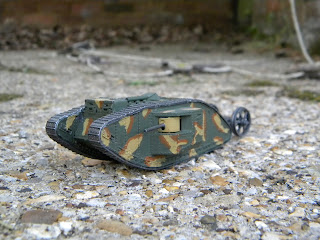 A British Mark 1 tank, the worlds first combat tank, I still reasonably happy with the build on this, although I think the chassis could use a bit of shading. 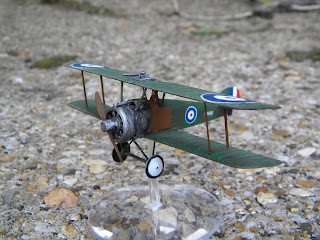 And finally a British Sopwith Camel fighter on a large GW flying base.