I've actually managed to finish painting my fleet way ahead of schedule, they only arrived monday and here on wednesday I now have a painted WW2 British fleet (early war), I have to admit I'm pretty pleased with that, so pleased I've just sent another order off for more ships.

So here's the latest finished ships. 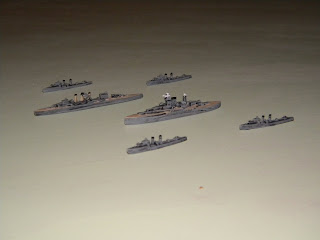 First up we have HMS Berwick (on the left) a county class heavy cruiser and HMS Royal Oak, a revenge class battleship escorted by 4 H class destroyers. 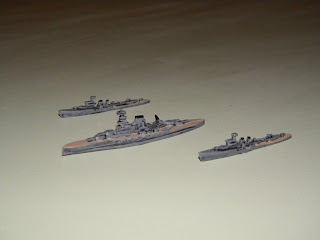 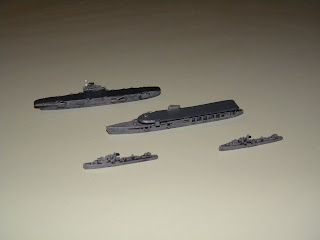 Here are the carriers HMS Illustrious (on the left) and HMS Furious escorted by 2 J/K/N class destroyers.  HMS Furious is an odd looking ship and was initially laid down as a battlecruiser in 1915 before being converted to a carrier and fought all the way through the second world war.

And to finish off a pic of the whole fleet in formation, still need to decide on basing them as well. 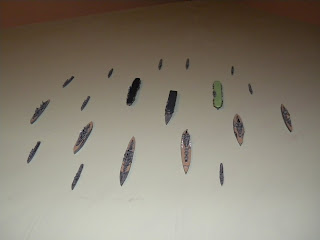